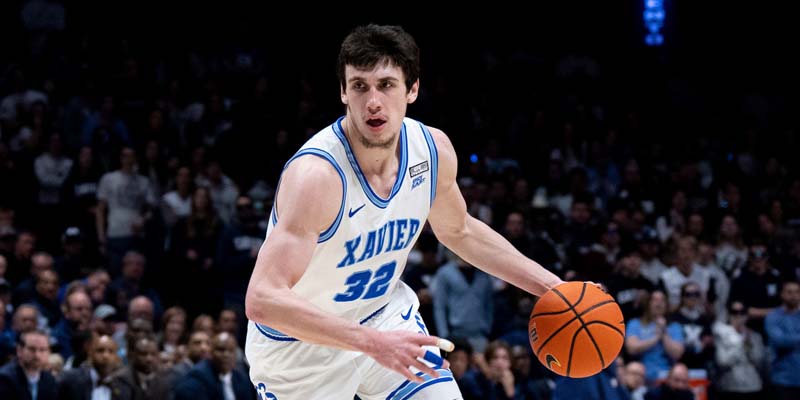 The #13 Xavier Musketeers will face off against the #19 UConn Huskies in a highly-anticipated NCAAB matchup at Harry A. Gampel Pavilion in CT on Wednesday, January 25, 2023, at 6:30 PM ET. The Musketeers are looking to secure their ninth Big East win this season, and with a strong offensive performance, they currently hold an impressive 8-1 conference record. Despite suffering a shock loss to DePaul last week, the Musketeers were able to bounce back and defeat Georgetown 95-82 at home on Saturday, although they failed to cover the large 17-point spread. Their other two losses this season came against tough opponents Duke and Indiana. In three of their last four away matches, the Musketeers have successfully covered the spread.

According to Ken Pomeroy’s rankings, the Musketeers are currently ranked 22nd in Division I, and dropped five spots to 13th in this week’s edition of the AP Top 25. The team has been performing well away from home, boasting a 4-1 record. Their only loss on the road came at DePaul. Xavier is currently ranked seventh with an average score of 84.1 points and 325th in terms of average points given up with 75.4.

The Connecticut Huskies were relieved in having secured a much-needed victory, ending a three-game winless skid that came as a surprise given their strong non-conference play. The team put on a commanding performance in their 86-56 home victory over Butler on Sunday, not only ending their losing streak but also covering the large 15-point spread. The Huskies had struggled in recent weeks, dropping six of their previous seven games and currently sitting at a 5-5 record overall and in conference play, having covered the spread only three times in Big East play.

The Huskies dropped four positions in the AP Top 25 to #19 and ranked sixth overall in Ken Pomeroy’s ratings. They boast an impressive home record of 11-1, with their only loss coming against St. John’s earlier this month. UConn is averaging 79.3 points per game, which ranks them 34th in the nation. However, the team struggled to stop opposing teams from scoring in conference games, holding them to an average of 63.5 points, which ranks them 38th in the nation.