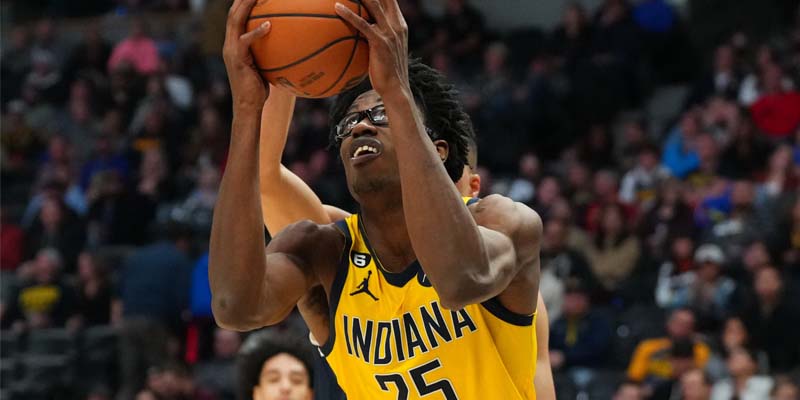 The Indiana Pacers will collide with the Suns in a highly competitive game at Footprint Center in Phoenix, AZ on Saturday, January 21, 2023, at 9:00 PM EST. Indiana has a season record of 23-23 coming into this contest. The team struggled with turnovers, averaging 15.4 per game and committing an average of 21.5 personal fouls per game. Despite these challenges, Indiana has been strong on the boards, averaging 42.3 rebounds per game. They have also been efficient in passing, sitting 6th in the league with 1,230 assists this season. The Pacers have been strong at the FT line, making 80.1% of their attempts, however, they have struggled with their long-range shots, only making 36.5% of their attempts (650 of 1,781). Both teams will be fighting for a win in this matchup.

The Pacers are 3-7 in their last 10 matches of the season. Indiana allowed 50.5% from the field on 47 out of 93 shooting. They also doled out 23 assists in this game while forcing the other team into 17 turnovers and getting 9 steals. In rebounding, Indiana hauled a total of 48 with 20 of them being of the offensive sort. The Pacers knocked down 16 of their 24 shots for a percentage of 66.7% from the FFT stripe. Indiana wrapped up the game after earning a 41.5% field goal percentage (39 of 94) and made 12 of 33 three-point attempts.

At “ The Valley “, The Phoenix Suns will aim for its second straight victory with a win on Saturday against Indiana. Phoenix is 22-24 and fourth in the Pacific division, 4½ games behind the first place Sacramento Kings. Phoenix defeated the Brooklyn Nets 117-112 on Thursday night. Mikal Bridges led with 28 points. Cam Johnson played in his first game for Phoenix after 37 games since injuring his knee.

The Suns have a 22-24 win-loss tally on the season. Phoenix’s Offensive field goal percentage of 46.4% places them 21st in the NBA. Phoenix scored 5,183 points this season (112.7 per game), and they pulled down 43.2 rebounds per night. They give out assists 26.8 times a game, which ranks sixth in the NBA. The team turned the ball over 14.3 times resulting in possession losses. The Suns average 21.1 personal fouls and 79.6% free throw accuracy per game.

Indiana Pacers vs Phoenix Suns. The NBA pick for this contest is the Phoenix Suns. Both Indiana and Phoenix were plagued by injuries and will be down a few players on Saturday, but Phoenix has the home-court advantage here. Cam Johnson returned to the Suns’ lineup after missing 37 games due to a knee injury in their victory over Brooklyn on Thursday. Indiana failed to cover the spread in 5 of their previous six games overall. The Suns will claim victory by a predicted play of ATS 115-103.