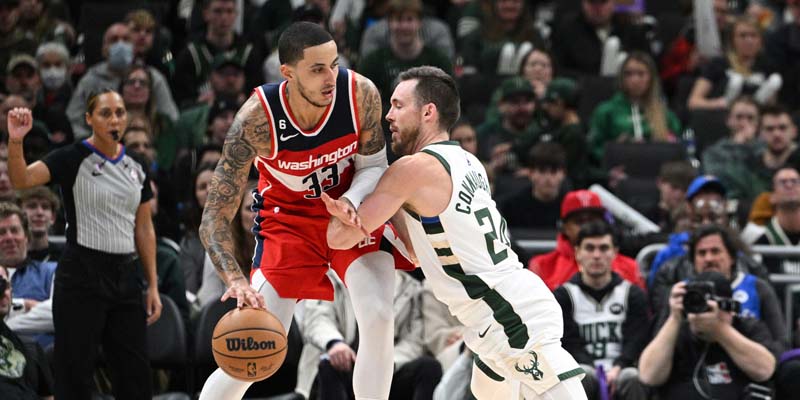 The Washington Wizards and the Bucks will collide at Fiserv Forum in Milwaukee, Wisconsin on Tuesday evening at 8:00 PM (EDT). The (17-21) Wizards will take on the (23-13) Milwaukee; this will be the second meeting of both squads this season, as the Wizards won their first meeting 118-95 on Sunday night. Washington is 10th in the Eastern Conference and third in the Southeast Division.

The Wizards are on a 5-game winning run and are 6-4 in their last 10 matches of the season. Washington is 10-13 in Eastern Conference plays and ranks fourth in the NBA with 34.7 defensive rebounds per game led by Center Kristaps Porzingis averaging 6.9 boards per game. PF Rui Hachimura led the Wizards with 26 points over the Bucks last time out. The team averages 112.1 points on 48.3% FG shooting and allows 112.4 points on 46% shooting from the field. PG Bradley Beal is averaging 23.5 points and 3.6 rebounds, while Porzingis is averaging 22.2 points and 2.4 assists.

The Milwaukee Bucks are currently in 3rd place in the Eastern Conference; they are 2.5 games back from the first-place Boston Celtics. The Bucks’ offense is scoring 112.4 points per game and shot 45.6% from the floor. This is the 18th most point scored per contest and the 24th-highest team hitting percentage in the league. Milwaukee is 3rd at 23-13 in the Eastern Conference and leads the Central Division.

The Bucks average 112.4 points on 45.6% FG shooting and allow 110.7 points on 45.6% shooting from the field. PF Giannis Antetokounmpo is averaging 32.1 points and 11.8 rebounds while SG Jrue Holiday is averaging 18.9 points and 5.3 rebounds. Center Brook Lopez is the third double-digit scorer while PF Bobby Portis is grabbing 10.1 rebounds per game. Milwaukee is shooting 34.2% from beyond the arc and 74.1% from the FT line. The Bucks allow 35.1% shooting from deep and grab 48.8 rebounds per game.

Washington Wizards vs Milwaukee Bucks. The NBA pick for this game is the Milwaukee Bucks. The Bucks are struggling lately. Milwaukee is the type of team due for a breakout show, and they will get Holiday back. Beal remains questionable for the Wizards. The Bucks are at home, where they win by an average of 8.2 points. This line feels like a trap to take the Wizards given their current form. Take the Bucks predicted to score 120-112.