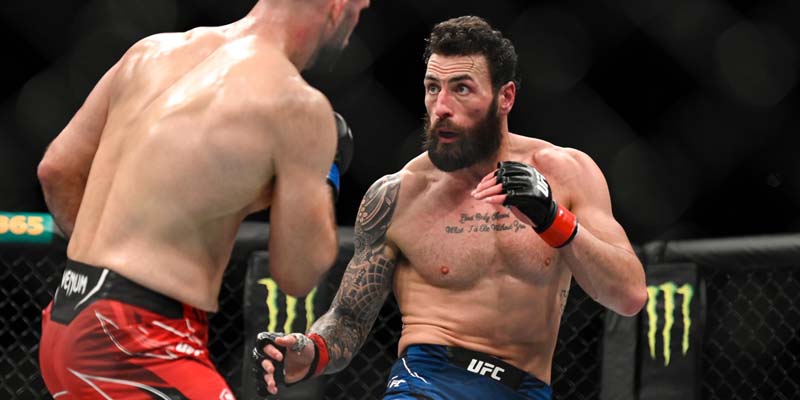 Paul Craig, also known as “Bearjew,” enters the octagon with a record of 16 wins and 5 losses. He was on a six-fight winning streak before falling to Volkan Oezdemir in a unanimous decision. He had big wins submitting Gadzhimurad Antigulov (2020), TKOing Shogun Rua (2020) and Jamahal Hall (2021), and a vintage submission over Nikita Krylov (2022) catching him in his seventh triangle choke, However, he then ran into Volkan Oezdemir who muscled out of the grappling initiations to earn a unanimous decision.

Johnny Walker, with a record of 19-7, took a leaf out of Craig’s book and picked up his first submission win in the UFC back in September. He was able to secure a first-round rear-naked choke over Ion Cutelaba, earning him a ‘Performance of the Night bonus. This win came with immense relief after losing four of his last five fights to Corey Anderson (2019), Krylov (2020), Thiago Santos (2021), and Hill (2022).

Paul Craig vs Johnny Walker: Walker showed a new string to his bow by submitting Cutelaba, but he will try to avoid hitting the mat at all costs in this fight. Their game plans will be obvious, with Craig looking to drag the fight to the ground and Walker looking to light him up on the feet from range. It is possible that a 2018 version of Walker would have an advantage over Craig, as he has lost some confidence since then and has not looked the same.

However, his recent win will give him all the confidence he needs. He knows he is in a different league in the striking realm. If he is hesitant to throw, Craig can catch him off guard and sneak in a few hits while Walker is expecting the takedown. A Craig submission is always possible and if Walker has another off night, we can see him falling into a triangle. That said, we have a feeling a rejuvenated Walker will show up and use his explosiveness to shrug off takedown attempts and leverage his six-inch reach advantage to eventually land the killer blow. Craig is the value pick with underrated striking and an unforgiving submissions game.