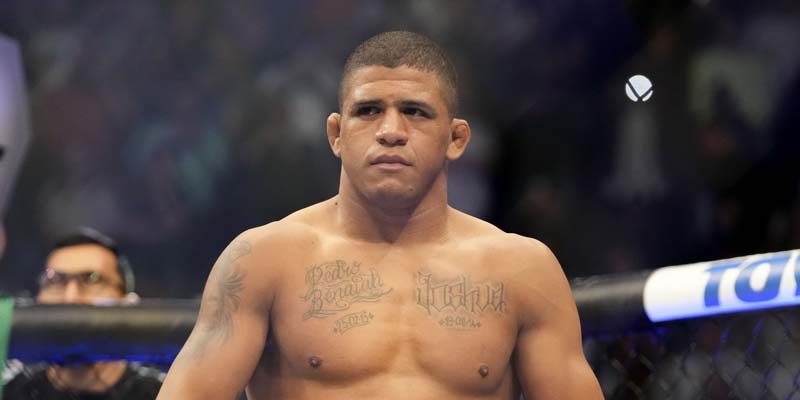 Gilbert Burns, also known as “Durinho,” is a top competitor in the 170lb weight division of mixed martial arts. He recently competed in a closely contested match against the highly regarded Khamzat Chimaev, but ultimately lost on the judges’ scorecards. Despite being a top-ranked fighter, Burns’ next match will be against a competitor who is ranked seven positions lower than him, rather than another top-five competitor. The fighter hailing from Haiti is coming off a convincing victory over Daniel Rodriguez in his previous match.

Burns will have a disadvantage in reach when he faces off against Neil Magny at UFC 283. According to UFC statistics, Magny will have a 9-inch reach advantage over Burns. However, both fighters have a similar strike defense at 54%, with Burns having a slightly higher strike accuracy at 48%. Magny is known for his strategy of using takedowns, with an accuracy of 42% and an average of 2.43 takedowns per 15 minutes. Despite the Haitan Sensation’s reputation as a strong striker, he is also a black belt and has 40% of his victories by submission. Therefore, attempting a takedown may be a risky move for Magny.

Expect to witness the highly-anticipated matchup between Burns and Magny at UFC 283, where we predict that Burns will come out victorious by decision. Despite the hype around Burns potentially ending the fight early, I am cautiously optimistic about Magny’s reach and endurance potentially leading to a drawn-out battle. “

Gilbert Burns vs Neil Magny betting odds: Bookmakers are favoring Gilbert Burns over Neil Magny in their upcoming UFC match, with Burns having a 77.7% chance of winning according to betting predictions. Magny, who has been the favorite in many of his previous UFC fights, has recently suffered a loss against Shavkat Rakhmonov. Both fighters are in their mid-30s and nearing the end of their prime years, but are still considered top-5 welterweights and may have a chance at a title shot with one or two more wins.