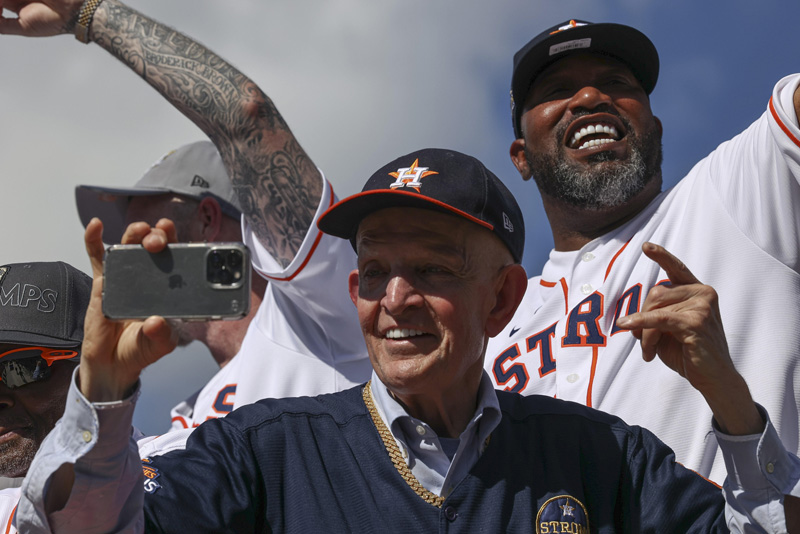 The highest payout of his betting career finally came. It is the largest payout on a single legal sports bet in U.S. history.

Jim “Mattress Mack” McIngvale, of Houston, accumulated his stakes earlier up to $10 million and is estimated to fetch him around $75 million on his bets wagered on different sportsbooks for the Houston Astros winning the MLB World Series.

One of his stakes included ten-to-one odds for a $ 3 million bet placed at Caesars Sportsbook last May 2022. Mattress Jack will win $30 million from this punt.

McIngvale is a constant betting structure in the World Series, Super Bowl, and NCAA Final Four tournaments. He connects his betting spree to try and cover the cost of promotions of his mattress business in Houston; Customers who bought high-end mattresses will get their money back if the Astros win the World Series.

Betting Strategies by Punters in the MLB World Series

Jim McIngvale placed his stakes with the belief that he will gain from it when the Houston Astros dominate the World Series. And so it went, the Astros are MLB World Series Champions.

How to Place Your Bets in the World Series

Looking for the best information on who to choose from the 30 teams participating in the MLB series could be a burden from the start. One of the sites that can help with your decision on choosing the best team to place your bets on is idsca.com. A little research would help if you want to succeed in the betting strategies you have before finalizing that decision. IDSCA would want to make it easy so you can spend more time making wagers instead of searching around for the perfect online sportsbook.

Betting Strategies in the World Series

Right strategies are key to learning how to bet on the World Series. Consider the aspects in relation to the fact that the decision is not on a sole game but on the outcome of the entire World Series.

One of the odds that play a big part in the World Series is the Futures betting. MLB futures on the final stages of the World Series significantly affect line movements throughout the year. Sports bettors are always on the search for the best value on World Series futures. Futures odds are unpredictable. Punters usually find the best odds early on in the season before the all-star break.

In handicapping the MLB World Series, consider the results and details of head-to-head matches.

Consider the pitching staff of the teams to root for. Pitchers influence the outcome of games; the more innings won, the more victories to earn toward the World Series. Superb pitching can win you in most markets like the Moneyline, run lines, and other odds offered in sportsbooks during the playoff level. Especially when pitchers are on the elite status like a CY Young awardee.

Flow with the Hot Team

Reaching the World Series Finals is no easy feat. Warring teams play up to 162 regular season games and are roughed up with multiple-game elimination formats. Sharp punters use this strategy known as “ Riding the Hot Hand “. This technique considers which ball club has the most wins in the regular season and how they got to the World Series.

Consider the Philadelphia Phillies. The team rested for a few days after reaching the Conference series while other teams were still playing. The days off will enable their bodies to heal injuries and sores suffered along the way. The recovery period is vital to continue the path toward the finals. Teams who fought the uphill battle have the tricks and antics to persevere the challenges.

One way to be on top of your betting choices is to consider the home-diamond advantage. Like when the National League played at home. American League pitchers typically do not have to bat during the regular season. This means the team’s batting order and the way they field their team can be adjusted. Interleague matchups happen a few times per year; the unfamiliarity can create a spin for American League teams.

Consider the Venues of Play

Playing surfaces vary in MLB venues. It’s important to consider which playing surfaces are friendly for pitchers and which ones are the best for hitters. Research on the World Series playing venues for a particular matchup. It can help you determine how the offense and defense might be played on that field.

For instance, the Boston Red Sox have an amazing crop of pitchers in the World Series. That’s awesome, but if they’re playing a Milwaukee Brewers team with a field that favors hitters. This consideration can help you decide to root for the Brewers as a smarter betting option.

These are some of the betting tips that Jim “Mattress Mack” McIngvale considered besides the Astros as his preferred team to win in the MLB World Series.

More information awaits you for smart betting indulgence. Visit www.idsca.com and learn how to place your stakes wisely.