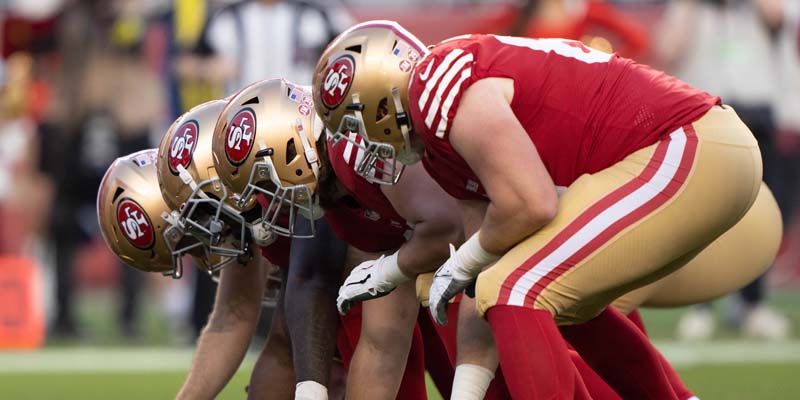 The match between the San Francisco 49ers and the Las Vegas Raiders will commence at the Allegiant Stadium in Paradise, Nevada on Sunday, January 1, 2023, at 4:05 PM (EDT). The 49ers are in first place in the NFC West standings with a record of 11-4. The team is riding on an eight-game winning streak, following a 37-20 victory over the Washington Commanders. Brock Purdy completed 15 of 22 passes with 234 yards, two touchdowns, and one interception. Ray-Ray McCloud III rushed for 71 yards with a touchdown on one carry. George Kittle led the receiving team with 120 yards and two touchdowns on six receptions.

The 49ers passed for a total of 228.7 yards and rushed for 134.7 yards. The team has an average of 25.0 points and is allowing 15.3 points. Quarterback Jimmy Garoppolo has a total of 2,437 passing yards while running back Christian McCaffrey rushed for 580 yards. Wide receiver Brandon Aiyuk led the receivers with 855 yards. Linebacker Dre Greenlaw is the leader of the defense with 119 tackles while safety Talanoa Hufanga made four interceptions.

On the other side of the matchup, the Las Vegas Raiders are in third place in the AFC West standings with a record of 6-9. The team is coming off with a 10-13 loss against the Pittsburgh Steelers. Derek Carr completed 16 of 30 passes with 174 yards, one touchdown, and three interceptions. Josh Jacobs led the rushing team with 44 yards on 15 carries while Darren Waller delivered 58 receiving yards on four receptions.

The Raiders have a total of 225.9 passing yards with 121.7 rushing yards. The team has an average of 23.2 points while allowing 23.3 points. Quarterback Derek Carr has a total of 3,522 passing yards while running back Josh Jacobs rushed for 1,539 total yards. Wide receiver Davante Adams delivered 1,290 receiving yards. Linebacker Denzel Perryman is the leader of the defense with 83 tackles while safety Duron Harmon intercepted two passes.