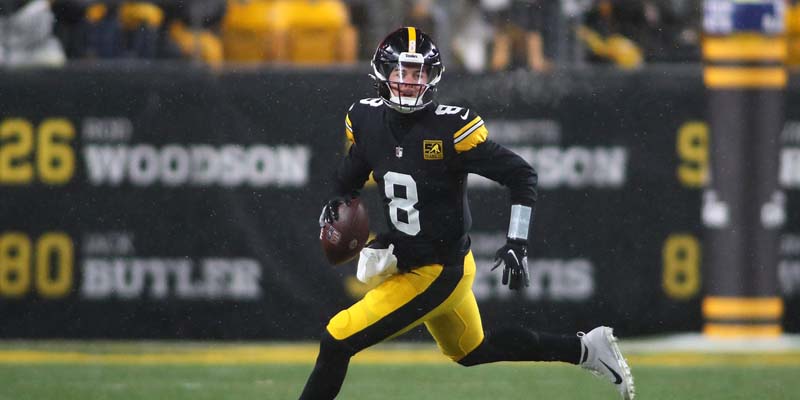 The Pittsburgh Steelers will meet with the Baltimore Ravens in NFL action in M&T Bank Stadium, MD, on Sunday, January 1, 2023, at 8:20 PM Et. Tomlin is unconcerned with his own string of winning seasons, but he would be happy to see it continue if it helped his team get to the playoffs. Last week, the Steelers overcame a 10-6 deficit to defeat the Raiders in a defensive struggle as the city of Pittsburgh was in sorrow over the passing of Steeler great Franco Harris. The score remained at 10-3 for Las Vegas at the half and into the fourth quarter until the Steelers intervened. Kenny Pickett, the quarterback, completed 26 of his 39 passes for 244 yards, one touchdown, and one interception.

Pittsburgh is only rated 29th in the NFL for scoring offense after suffering several injuries this year, including to both their running back and quarterback. They rank merely 24th in passing offense and 18th in rushing offense respectively. With Pickett’s return in particular and the steady improvement of rookie wideout Pickens, the passing game increased by about 25 yards per game over the previous 3 matches. The Steelers are currently ranked 13th in scoring defense overall. They are sixth against the run, and over their previous three games, they allowed fewer than 100 yards per game.

The Baltimore Ravens enter the game on Sunday night with the possibility of taking the AFC North and securing a home playoff game. If quarterback Lamar Jackson were available, the journey would be considerably simpler, but that prospect seems less and less likely. Jackson still did not train this week, and his coach was not clear about when he’ll be available. Without Jackson, the Ravens defeated the Atlanta Falcons 17-9 last week to secure a playoff position. In order to win, the Ravens’ defense drove Atlanta into three field goals while Tyler Huntley threw a touchdown pass.

Baltimore’s scoring offense is 15th in the NFL, but in their previous three games, they only scored an average of 12 points per contest. They are second in terms of running the ball, but their passing offense dropped all the way to 28th, averaging only 111 yards per game when Jackson is out. In terms of scoring defense, Baltimore is rated third in the NFL, surrendering just 12 points per game over their previous three contests. The Ravens are third in run defense, despite giving up more than 111 yards per game over their previous three contests. Baltimore ranks 24th this year in pass defense.

Pittsburgh Steelers vs Baltimore Ravens. The NFL pick is the Pittsburgh Steelers. Huntley will likely have to outperform Pittsburgh through the air because Pittsburgh only surrendered under 100 yards per game on the ground in the previous three games. The Ravens turn to TE Marc Andrews when they pass. When it comes to output versus tight ends, the Steelers are rated 10th in the NFL. Pittsburgh’s best chance of winning this game is through the air. The Steelers’ passing offense produced the most points all season in the previous three contests. Expect Pickett to take advantage of the Ravens’ secondary, especially with his wideouts given how poorly they performed this season against elite wide receivers. Anticipate this match to be a verbal brawl between two squads that may know one another better than any other two teams in the NFL. Pittsburgh has superior capabilities to secure this victory. The Steelers will win to a predicted score of 20-17.