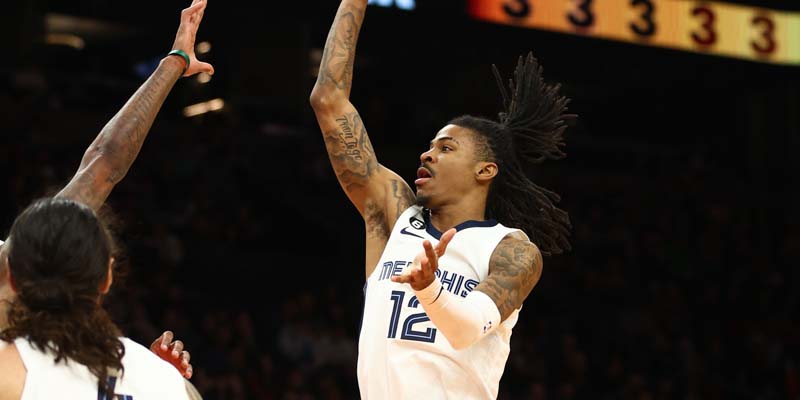 On Monday, January 23, 2023, at 10:30 PM ET, the Memphis Grizzlies will face off against the Sacramento Kings in an NBA game at Golden 1 Center, CA. The Grizzlies, who have a 31-14 record, will be looking to bounce back after ending their 11-game winning streak on Friday. In that game, they blew a double-digit lead against the Los Angeles Lakers, ultimately losing 122-121. The Grizzlies had a poor performance in that game, missing 14 of 40 free throw attempts, and 9 of 29 three-point attempts. However, the team has a solid overall record and is currently the No. 2 seed in the West, with a 1.5-game deficit to the Denver Nuggets.

The Grizzlies have a strong offense, scoring 115.2 points per 100 possessions, which ranks ninth in the NBA. They also have a solid defense, leading the league in field goal percentage (44.4%) and having the best defensive rating (109.6). However, the team does have some areas for improvement, such as their 3-point shooting, which ranks 20th in the NBA, and their free-throw shooting, which ranks 30th. Tyus Jones and Brandon Clarke each scored 20 points, while Ja Morant led Memphis with 22 points and eight assists.

The Sacramento Kings, fresh off a tough 129-127 defeat at home to the Philadelphia 76ers, will look to get back on track as they prepare to take on the Memphis Grizzlies. The Kings had been riding a six-game winning streak prior to the loss, which included impressive victories over the Houston Rockets and Orlando Magic. In their matchup with the 76ers, the Kings, unfortunately, squandered a 21-point lead and gave up an impressive 70 points in the paint.

Despite the setback, the Kings remain a formidable force in the Western Conference, currently sitting at the third seed, five games behind the Grizzlies. The team boasts a high-powered offense, ranking second in the league with 118.4 points per 100 possessions. However, they will look to improve their defense, which currently allows 115.5 points per 100 possessions, ranking sixth in the NBA. Harrison Barnes led the Kings with 27 points, while De’Aaron Fox contributed 31 points and nine assists. Domantas Sabonis also had a solid performance with 16 points, ten assists, and 9 rebounds.