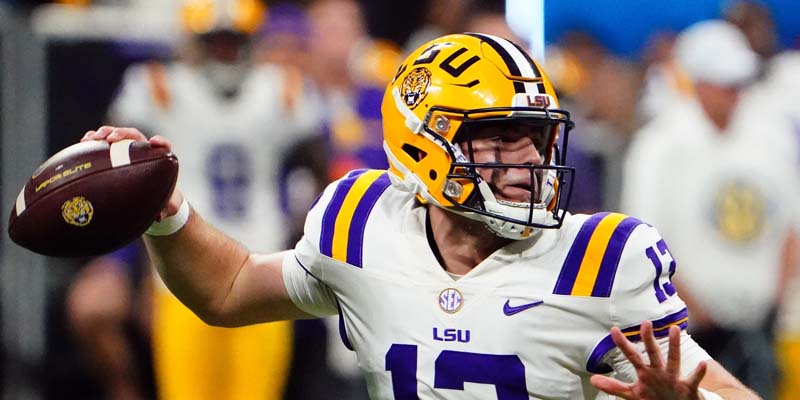 The No.17 LSU Tigers will meet the Purdue Boilermakers at the Camping World Stadium in Orlando, Florida on Monday, January 2, 2023, at 1:00 PM (EDT). The Tigers are in first place in the SEC West standings with a record of 9-4. The team lost the last two matches of the regular season, following a 30-50 loss against the Georgia Bulldogs. Garrett Nussmeier completed 15 of 27 passes with 294 yards, two touchdowns, and an interception. Josh Williams rushed for 55 yards on six carries while Malik Nabers led the receiving team with 128 yards and a touchdown on five receptions.

The Purdue Boilermakers, on the other hand, are in first place in the Big Ten West standings with a record of 8-5. The team lost the final match of the regular season against the Michigan Wolverines by 22-43. Aidan O’Connell passed for 366 yards and two interceptions on 32 of 47 passes. Devin Mockobee rushed for 71 yards and a touchdown on 17 carries while Charlie Jones led the receivers with 162 yards on 13 receptions.

The Boilermakers passed for 287.2 yards and rushed for a total of 123.1 yards. The team has an average of 28.1 points while allowing 24.6 points. Quarterback Aidan O’Connell has a total of 3,490 passing yards while running back Devin Mockobee rushed for  920 yards. Wide receiver Charlie Jones led the receiving team with 1,361 yards. Safety Sanoussi Kane led the team’s defense with 69 tackles and safety Cam Allen intercepted three passes for the team.

No.17 LSU Tigers vs Purdue Boilermakers. The NCAAF pick for this game is the Purdue Boilermakers. Purdue will be playing this match with a lot of firepower as they will be sending out their top receiver and top tight end while LSU’s talent is slowly deteriorating and will continue to rely on their quarterback. Look for the Boilermakers to win with a predicted score of 35-20.