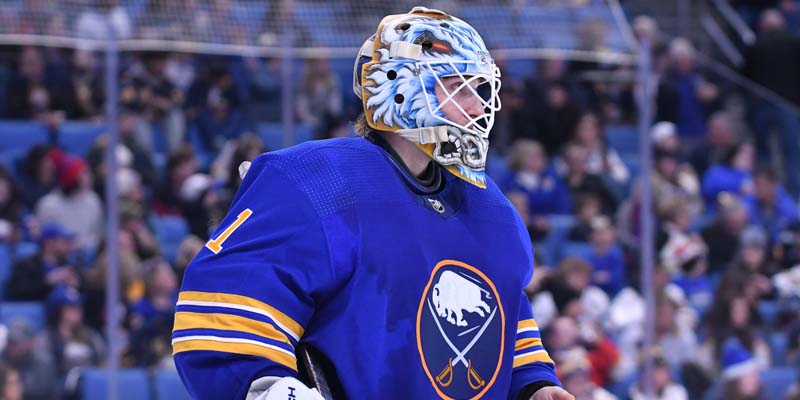 The Buffalo Sabres will be facing off against the Chicago Blackhawks in an exciting NHL matchup at the United Center in Chicago, IL on Tuesday, January 17, 2023, at 8:30 PM ET. The Buffalo Sabres (21-19-2) are looking to bounce back after suffering their fourth loss in their last five games (1-4-0) at 4-1 to the Florida Panthers at home. Despite the recent home slide, the team’s only goal in that game came from Alex Tuch (21 goals, 46 points this season), and even let up an empty netter with 1:38 left on the clock. Despite the home struggles, the Sabres are still a formidable 6-1-0 in their most recent seven road games.

Meanwhile, The Chicago Blackhawks (11-26-4) had their three-game winning streak abruptly halted with a crushing 8-5 defeat by the Seattle Kraken at the United Center on Saturday. This loss marks the 22nd defeat in their last 27 games (5-21-1) and it was a tough game for the Hawks. They allowed six goals in the opening period, including five in a span of just 3:41. Taylor Raddysh (12 goals, 19 points this season) provided a glimmer of hope with a snipe and 2 assists, but it wasn’t enough to secure a win. The team also had Patrick Kane (8 goals, 28 points) back in action after a three-game absence due to a lower-body injury, he contributed with a goal and had a game-high 7 shots on goal. Seth Jones (2 goals, 16 points) also added to the offense with 3 assists.

During the first 12 minutes of the game, the Chicago Blackhawks’ goalie Petr Mrazek (3-10-1 on the year with a 4.26 GAA and a .875 save percentage) struggled, allowing four goals on just five shots before being pulled and replaced by Alex Stalock (6-6-1 on the season with a 2.70 GAA and a .918 save percentage), who went on to make 21 saves. Mrazek has had a relatively successful career against the Buffalo Sabres with a record of 6-5-1, a 3.09 GAA and a .893 save percentage. On the other hand, Stalock has a 1-1-0 career record against Buffalo with an impressive 1.52 GAA and a .935 save percentage.