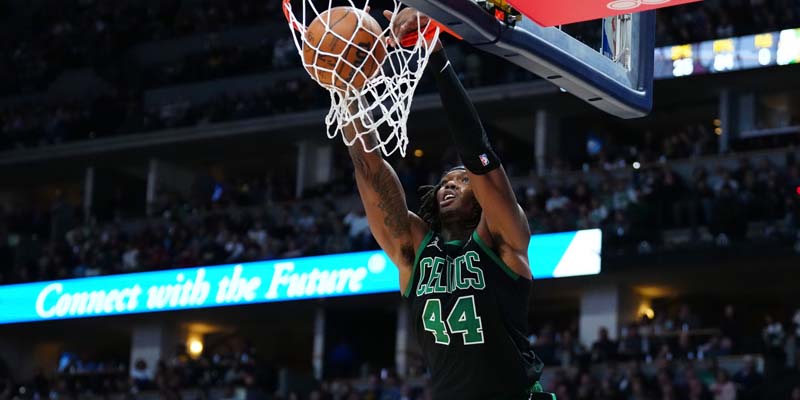 The Boston Celtics are in alignment to collide with the Thunder at Paycom Center in Oklahoma City, OK on Tuesday evening at 8:00 PM (EDT). The Celtics are on top of the League 26-11 and split their previous ten games. Boston is also the leader in offensive efficiency for interim head coach Joe Mazzulla. Boston allowed the Denver Nuggets to shoot 57 percent from the field during a 123-111 road loss on Sunday.

The Celtics average 118.6 points on 47.9% FG shooting and allow 112.4 points on 46.8% shooting from the field. SF Jayson Tatum is averaging 30.9 points and 8.1 rebounds while SG Jaylen Brown is averaging 27.1 points and 3.4 assists. PG Malcolm Brogdon is the third double-digit scorer with Marcus Smart grabbing 3.3 rebounds. Boston is shooting 37.3 percent from beyond the arc and 82.7 percent from the free throw line. The Celtics are allowing 35.6 percent shooting from deep and are grabbing 43.8 rebounds per game.

At “ The Sooners State “, The Oklahoma City Thunder is a game above the .500 mark at home and trails Utah by 2.5 games for tenth place in the Western Conference. Oklahoma City trailed by 18 points after one quarter and could never recover during a 115-96 home loss versus Philadelphia last Sunday. The Thunder 15-21 in the Western Conference; the team turned the ball over 16 times and shot just 38% from the field.

Oklahoma City is averaging 115.2 points on 45.9 percent FG shooting and allows 116.8 points on 46.7 percent shooting. SG Shai Gilgeous-Alexander is averaging 30.8 points and 5.8 assists while Josh Giddey is averaging 14.9 points and 5.4 dimes. SF Luguentz Dort is the third double-digit scorer and SF Jalen Williams is grabbing 3.7 rebounds. The Thunder is shooting 34.6 percent from beyond the arc and 79.3 percent from the FT line. Oklahoma City is allowing 36.2 percent shooting from deep and is grabbing 44.6 rebounds per game.

Boston Celtics vs. Oklahoma City Thunder. The NBA pick for this matchup is the Boston Celtics. Boston Center Robert Williams III is questionable for this game due to left knee injury management. The Thunder play at the third fastest tempo in the league and the Celtics will have no problem scoring. Take the over to cash. Prediction, Boston Celtics win 126-118.