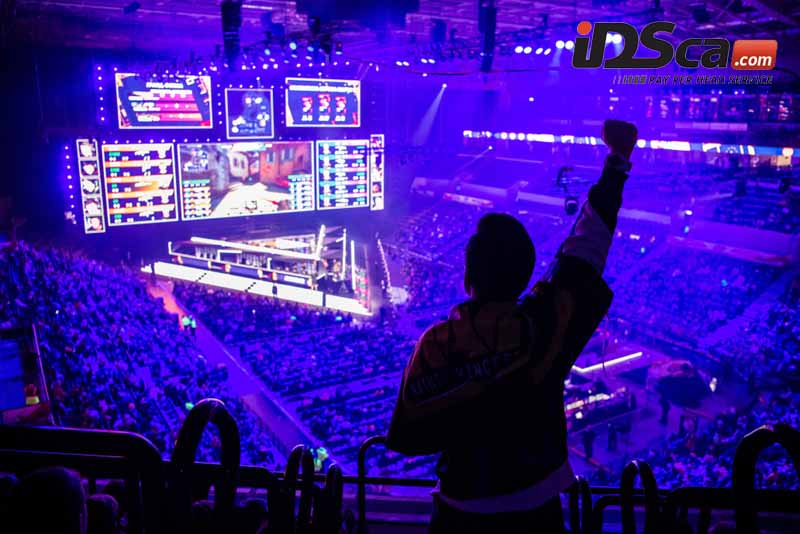 CS:GO or Counter Strike Global Offensive is a multiplayer first-person shooting video game. This game pits two teams on opposing sides, the Terrorists (Ts) and Counter-Terrorists (CTs) and each consists of five players. Each team has to accomplish certain objectives to win.

The Terrorists (attacking) side, must secure a location to plant and detonate a bomb, could be site – A or B, or they could just take out all five of the opposing Counter-Terrorists side to win a round.

While the defending CTs must locate and defuse the bomb planted by the Ts or also could take out the entire opposing fives to win the round.

Majority of matches take place in over three maps. Every map is composed of 30 rounds, each lasting a maximum of one minute and 55 seconds. Whichever team to win 16 rounds first, wins the particular map. Subsequently, the first team to win 2 maps goes on to win the match. Learn how CS: GO works so you will bet on Counter Strike:Global Offensive may go your way.

How To Bet On Counter Strike: Global Offensive on IDSca

IDSca presents a wide variety of markets for bettors on the hunt to wager on competitive CS:GO action. We supply online betting markets for all of the major CS:GO tournaments that include the ESL Pro League, BLAST and the Majors, along with markets on a range of other competitions which we also offer.

Winner of the Game

For betting on any sport, this particularly is the main market which in fact is also the simplest one to comprehend. IDSca will provide you with the option to choose between Team A or Team B to win. All you need to do is pick the team you think will end up victorious in the match.

Winner on the Map

Rather than predicting which team will win the whole match, the map winner enables you to pick the team, this time, which you think will win a particular map. For you to maneuver to this market, you have to pick the map you want to place your bet on which is in the tabs at the top part of the page then select the team you assume will win the map. IDSca will offer this betting option for you to bet on.

Another betting option from IDSca provides a market that’s slightly more challenging. However, this can be much useful if one team appears to be a heavy favourite to win a match and the odds are also considerably short.

The mechanism of handicap betting works by placing a disadvantage on the favourites or an advantage on the underdogs. Say for instance the projected favourites to win the match is Team A, their respective maps handicap might be set -1.5 on the sportsbook. Meaning that they will virtually start the match on -1.5 map wins, thus, winning the match by 2-0 is a must for them for your bet to come in.

On the other hand, the underdogs’ handicap will be set at +1.5 which means they start the match with 1.5 wins and therefore in order for your bet to come in, they only need to win one map.

Instead of you placing a handicap on map wins, this marketplaces a handicap on round wins within a particular map. For example, the projected team that is favourite to win a map 1 might have a handicap of -2.5. Meaning they basically begin the map on -2.5 round wins, and thus, must win the map by three rounds the least.

Contrarily, the underdogs’ handicap on the map will be set at +2.5 rounds. Thus, if they lose by less than three rounds, your bet will come in. IDSca covers these handicapping betting options.

This time, instead of betting on whichever will be the winner, the maps total market from IDSca gives you the option to bet on how many maps you think will be played in the maps. Basically, you are betting on whether you feel that either team will win the match 2-0 or if a third map is necessary to determine the winner. The sportsbook will give you the privilege to select over or under 2.5 maps, you just need to choose the result you think will come up.

This market allows you to guess the exact manner the match will be decided. The sportsbook will present you four options: Team A winning via 2-0, Team A to win 2-1, Team B winning 2-0, or Team B to win via 2-1 outcome. You just have to select which of the four scenarios will happen. This betting option is asimple market that IDSca offers in its sportsbooks.

Similar to the maps total market, the map total rounds market permits you to bet in terms of how many rounds you think will be needed for either team to win a particular map. The sportsbook will set a specific number of rounds, say for instance 26.5, and provide you the option to select over or under that value.

If you have the feeling that one of the teams will win the map quickly, select under, but if you think it will be a close-fought map and will reach over 27 rounds or even more, then IDSca has betting options for you to choose over.

Aside from being able to bet on a match before it even starts, IDSca additionally gives you the opportunity to bet on a match this time while it is ongoing. This is known as in-play betting and is actually one of our most popular offers.

In-play betting permits you to put bets on particular teams to win specific rounds while the match is still in the midst together with some other markets.

When you actually bet while the match is ongoing, it enables you to analyze the decision you’ll make based on the complexion of the match and which you think will go certain rounds.

Additionally, IDSca allows you to stream CS:GO matches live on our website as well. All you need to do is log in to your IDSca account.

Tips For Betting on CS:GO

Prior to every match, each team has the privilege to pick and ban certain maps until such time three maps are mutually settled upon to make up that match.

Analyzing well each team’s map preference is essential for betting in CS:GO. Which means if you figure out the maps each team favour, then that aids you to select concretely which team has the edge before anything even started.

IDSca supplies all the stats you need to begin understanding the map pool. All that’s required of you is to navigate to the ‘Map Win’ section at the top portion of any match page. This certain chart provides you win rates for both teams and on all seven maps.

Many prefer LAN tournaments, and that teams are playing in ideal conditions, plus the pressure of a crowd. Usually, teams train for months for a particular tournament so this is where you normally find the best teams conquer matches.

Online on the other hand is a different narrative. Normally the players are comfortably in the confines of their home. Just with a familiar environment so they can be a bit relaxed. One notable disadvantage however, are the possible problems with ping. Which means they may encounter more lagging issues compared to players of the opposing team, obviously putting them at a disadvantage.

Additionally, online matches have more instances of upsets as less masterful teams have the benefit of not having to play under pressure that LAN tournaments on big stage brings, and they can also bring about more creative strategies in order to beat more favoured teams.

In terms of most esports, Counter Strike: Global Offensive has this so-called meta that regularly changes throughout the year. Plainly, the meta refers to the strategies and weapons that work the most effectively at that certain point in time.

Such changes to the game turns out to be more favorable to certain teams. As a sample scenario, the SG-553 has been lately changed making it less effective, that means now that the teams who are accustomed to using this more often have to adjust necessarily since they no longer have this as a viable in-game weapon.

Indeed change is constant, as it’s happening more and more frequently nowadays. Thus, it’s vital to keep an eye out for such things as these.

Lastly, similar to any sport, giving much consideration to stats and identifying which teams and players are formidable is important. Regarding specific matches, being aware of each team’s head-to-head record with respective opponents can aid you well with your betting decisions.