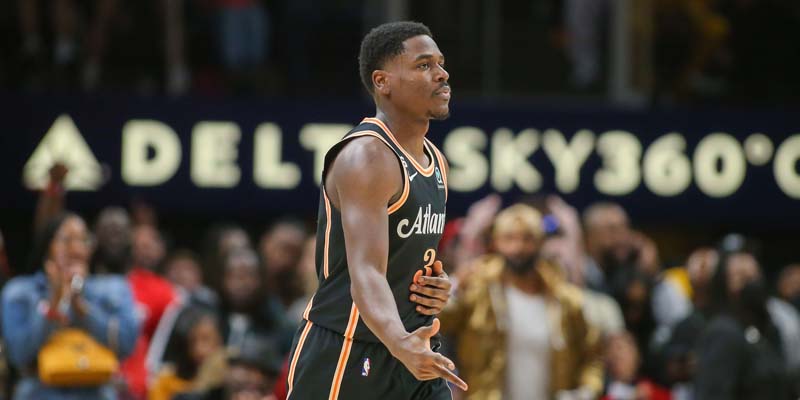 The Atlanta Hawks will go against the Golden State Warriors in NBA action in Chase Center, CA, on Monday, January 2, 2023, at 10:00 PM ET. Beginning a four-game road trip on Monday, the Atlanta Hawks (17-19; 14-21-1 ATS) are looking to end a three-game losing streak. The Hawks dropped two straight games at home, to the Brooklyn Nets 108-107 and Los Angeles Lakers 130-121, following a humiliating 129-114 loss to the Indiana Pacers. Last Friday, the Hawks struggled to contain LeBron James, who scored 47 points, and without Clint Capela, Atlanta’s interior defense was terrible.

The Golden State Warriors (19-18; 17-19-1 ATS) just defeated the Portland Trail Blazers at home, 118-112. The Warriors extended their undefeated run to three games by holding the Trail Blazers to 16 points in the fourth quarter after giving up 40 points in the third. The Dubs won their last three games by scores of 123-109 against the Memphis Grizzlies, 110-105 against the Charlotte Hornets, and 112-107 against the Utah Jazz.

Along with a push in their five-point win against Charlotte, the Warriors covered the spread in three of their previous four games. All season long, they were terrific at home, going 16-2 SU and 13-4-1 ATS. The Warriors are 16th in the NBA with 113.3 points scored per 100 possessions, but they also give up 113.8 points (18th).

Atlanta Hawks vs Golden State Warriors. The NBA pick for this game is the Golden State Warriors. Andrew Wiggins should return to the Warriors. Due to a right adductor strain, Wiggins, who averages 19.1 points per game on 45.0% three-point shooting, has missed 13 consecutive matches. His return would greatly improve the Warriors’ offense. If Clint Capela is still out, it’s difficult to trust the Hawks’ defense, thus I’d pick the Warriors to cover. The Hawks’ recent ten away performances, on the other hand, saw them go 2-8 SU and 3-7 ATS. Additionally, the Hawks won three of their last 10 games overall while covering the spread. The Golden State Warriors will win to a predicted score of 119-115.