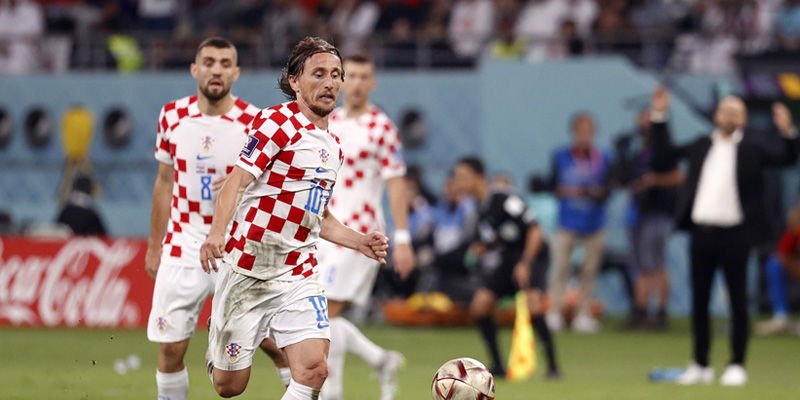 The third place medals are still up for grabs for the losing semi finalist teams. The Vatrini and the Atlas Lions would rather be preparing for Sunday’s finale. Instead they will play for third place in the FIFA World Cup 2022 on Saturday.

The past five third-place matches at the WorldCup saw 19 goals less one game staying UNDER in the total score of a match. Based on this 5-year trend, Croatia has the best chance to dominate the third place post of this tournament. The Vatrini come into this contest with an extra day off after their match, Tuesday. The one day rest is the key attribute with Morocco having several players with minor ailments and injuries.

The Effect of the Semi Finals losses is significant on teams. Croatia’s exit did not show the wave of emotion that the Atlas Lions received when they bowed out the Frenchmen. That wave of emotion will work wonders for the Moroccan team when they play for their last game in the competition. Fans of Morocco will propel the Lions to play harder with motivation.

Croatia is better and a more experienced team than the Atlas Lions. Both squads are depressurized from chasing the top prize . Expect them to freely play without holding their offenses with heightened attack modes.

Morocco brings more excitement with the passion it brings to the tournament compared to the Vatrini. The Atlas Lions will bring thrilling memories of their Qatar World Cup campaign for many years to come. The only handicap Morocco has at the moment are the injuries to Romain Saiss and Nayef Aguerd. Morocco’s defense will be vulnerable without them.

One of the greatest midfielders of the decade is Luka Modric who will be playing his last World Cup. Mordic wants to give it all for his country for third place in this event. N’Golo Kante of France or Germany’s Toni Kroos could be in this conversation but they too faded through the years. Modric will be pitted with Sofyan Ambrabat for third place. The 26-year old Moroccan is the breakout player of the 2022 World Cup.

Croatia vs Morocco. The FIFA World Cup pick for this game is Morocco. The Morocco Atlas Lions will play a more upbeat style, but Croatia will look to keep them off the ball. It’s hard to see more than one team scoring in this match. The under has good value as well at -120, but at even money we’ll take this one instead. Morocco could be at a disadvantage as Croatia plays an extremely similar style of play. Both squads like to play defense with possession, dominating the midfield and not allowing the opposition to attack. Both midfields have been sensational players in this tournament; the Croatian trio of Modric, Brozovic, and Mateo Kovacic will take over this match predicted at 3-2.