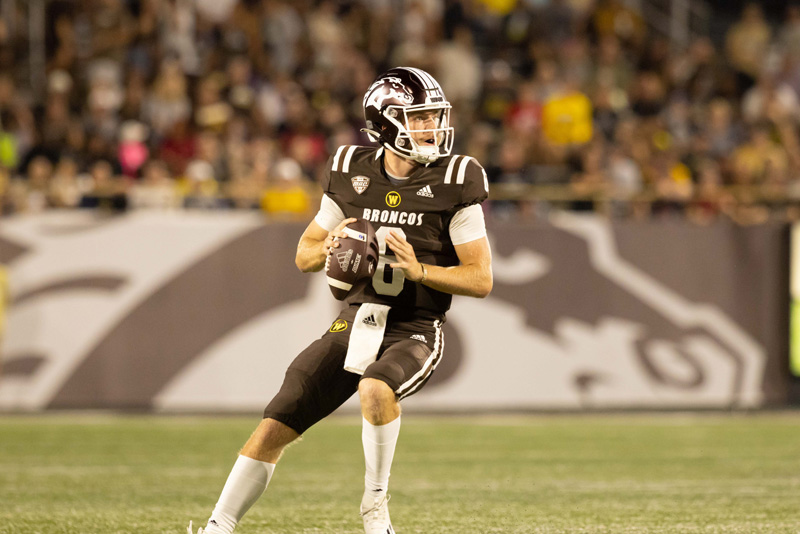 The Western Michigan Broncos will meet with the Central Michigan Chippewas at Kelly/Shorts Stadium on Wednesday, November 16, 2022, at 8:00 PM ET. The Broncos made a total of 3,078 yards this season. Western Michigan totaled 10 touchdowns in the air and 12 touchdowns on the ground in terms of scoring. They gave up the football 20 times. The Broncos recorded 177 first downs as a team, but they suffered 645 yards in penalty yardage from 69 penalties. Their collective run defense averages 124.6 yards per game, which ranks 100th in Division 1. The Western Michigan Broncos average 19.6 points per game when it comes to scoring points.

The Western Michigan Broncos enter this game with a 3-7 record for the season. The Broncos lost to the NIU Huskies by a score of 24-21 in their most recent contest. Treyson Bourguet completed 15 of 30 passes for 185 yards and a touchdown. He concluded the game with a quarterback rating of 112.8 without throwing a pick. Sean Tyler led the Broncos’ running attack with 18 carries for 97 yards (5.4 yards per carry). They ran 69 plays for a total of 316 yards before the final whistle sounded.

The Chippewas enter this game with a 4-6 record for the year. The Chippewas defeated the Buffalo Bulls in their final game by a final score of 31-27. Central Michigan’s Bert Emanuel Jr. ran for 293 yards on 24 carries, averaging 12.2 yards per carry. Daniel Richardson finished the game with 95 yards on 7 of 14 passing attempts and a quarterback rating of 107. His Y/A ratio was 6.8 and he did not attempt an interception. The Central Michigan defense surrendered 57 rushes for 240 yards (4.2 yds per rush).