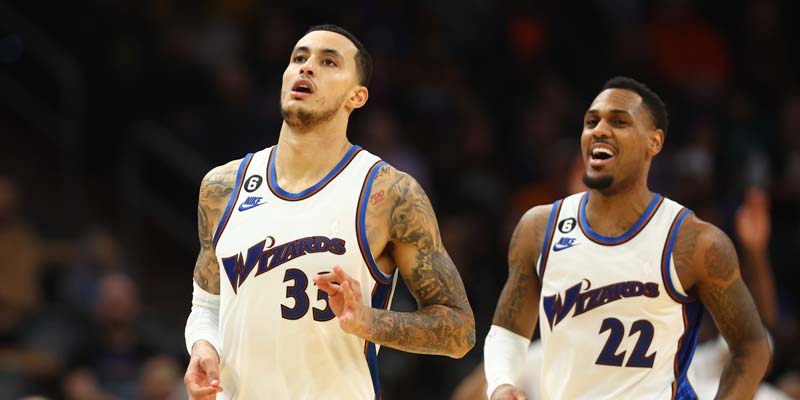 The Washington Wizards continue its 5th straight road game toward Vivint Arena to clash with the Jazz in Salt Lake City. Utah on Thursday evening. The Wizards dropped 13 of their first 17 road games and could be forced on a road to rebuilding the team. Washington snapped a 10-game losing slump with a 113-110 road victory over the Phoenix Suns, Tuesday. The Wizards are third at 12-20 in the Southeast Division and 12th in the Eastern Conference.

The Washington Wizards performed poorly at 2-13 in their last 15 games of the season. The team is highly motivated to build some momentum by cutting a 10-game skid over the Suns. Kyle Kuzma led the team with 29 points, six rebounds, and six assists. PG Bradley Beal added 27 points with six rebounds and six assists. PF Deni Avdija chipped in 16 points, 10 rebounds, and four assists. The Wizards shot 47 percent from the field and 11 of 27 from the 3-point line as they held the Suns to just 18 points in the second quarter to take a 17-point lead, before they rallied back from a 10-point fourth-quarter deficit to pull off the impressive comeback.

At “ The Beehive State “, The Utah Jazz began the season with a boost and despite blowing off some steam, the team still ranks fifth in the league in offensive efficiency. Utah outscored Detroit by 14 points during the second half to pull away for a 126-111 road triumph, Tuesday. The Jazz knocked down 20-for-46 from the three-point line and shot 51 percent overall. Utah is third at 18-16 in the Southwest Divison and 8th in the Western Conference.

The Jazz split their last 10 matches of the season. Utah lost four of their last seven matches; the team recently routed the Pistons and hopes to build its momentum here. PF Lauri Markkanen led the team with 38 points on 13 of 20 FG shooting, PG Jordan Clarkson added 21 points with six assists, and SG Malik Beasley chipped in 17 points off the bench. The Jazz shot 50% from the field and a sizzling 20 of 46 from the 3-point line as they led with 31 points in the first quarter to take the lead; they just took the game where they led by as many as 22 points.

Washington Wizards vs Utah Jazz. The NBA pick for this game is the Utah Jazz. Washington Center Kristaps Porzingis (illness) did not play in Tuesday’s victory and is listed as questionable for this game. The Wizards are 20th in the league in defensive efficiency and the Jazz rank five spots worse in that category. Take the over. Prediction, Utah Jazz win 121-115.