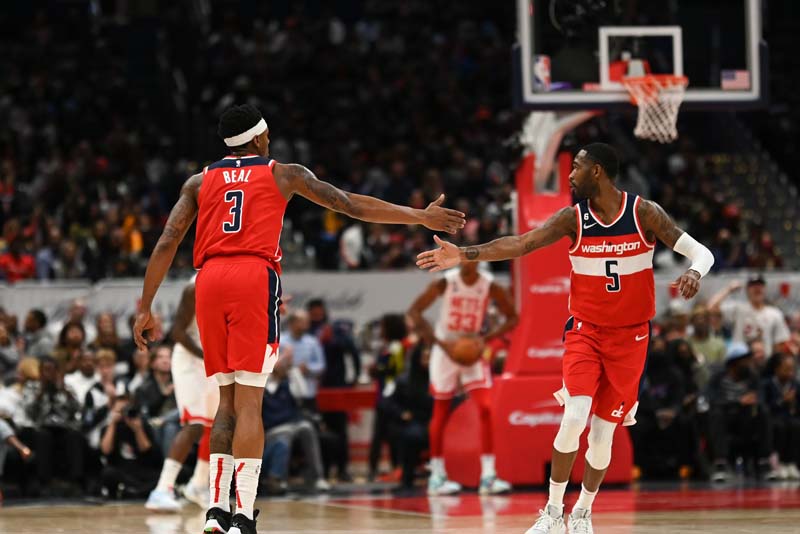 The Washington Wizards will battle the Memphis Grizzlies at FedExForum, TN, on Sunday, at 6:00 PM ET. The Wizards enter this game at 4-5 on the year after dropping four of their previous five encounters. Washington bowed out to the Nets, Friday night, by a score of 128-86 despite the absence of injured Ben Simmons and suspended Kyrie Irving. The Wizards managed 29 points in the whole second half where they made a dismal 11 of its 41 shots.

The Wizards ranked 5th in the league in FG% before their shooting disaster and are currently in the bottom 10 in terms of points per game. Washington had trouble stopping 3-pointers in their past losses and is among the bottom-10 teams in rebounding. The team generally did well defensively up until Friday night, ranking ninth in defensive field goal percentage.

The Memphis Grizzlies currently lead the Southwest Division with a 6-3 record and are back in the first place. The squad kept this position throughout the majority of the 2021–22 season, which helped them achieve the second-best record in the Western Conference. The Grizzlies smoked the Hornets 130-99 on Friday night in Memphis. Memphis jumped early collecting 41 points in the opening quarter and going on to score 71 points at halftime, giving them a 24-point advantage at the break. One of eight Grizzlies players to score in double digits was SG Dillon Brooks with a career-high of six 3-pointers for a total of 23 points. In the victory, Center Steven Adams notched a double-double with 13 points and 19 rebounds.

Washington Wizards vs Memphis Grizzlies. The NBA pick for this game is the Memphis Grizzlies. The Wizard will enter this match in a bind losing four of their previous five games. They failed to stop 3-point shots. The team is now up against the NBA’s third-best 3-point shooting. The Wizards’ attempt to limit Morant, who should be able to find his shooters on the outside, might make this a crucial game for Bane and Brooks. The third-best rebounding squad will face off against the below-average rebounding team on Sunday. Adams won’t see much opposition in the paint and should reach the 19 rebounds he recorded on Friday against the Hornets. Memphis will win predicted at 117-109.