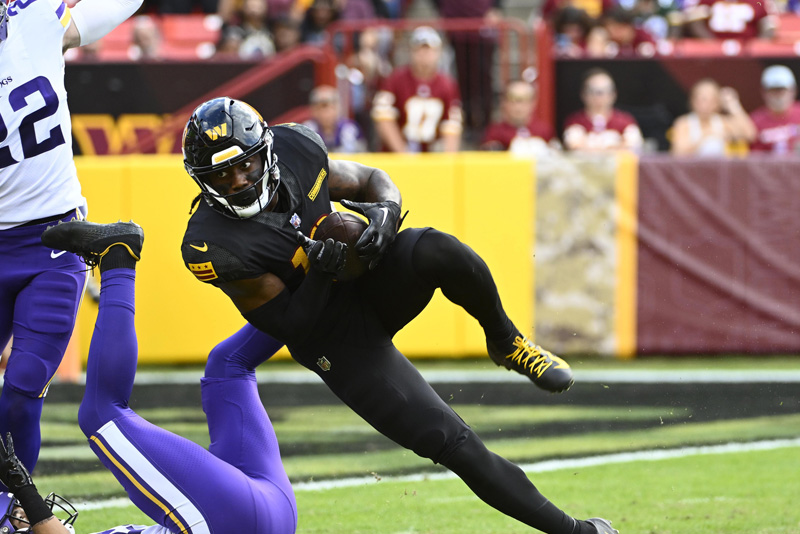 The Washington Commanders will face the Eagles in NFL action at Lincoln Financial Field, PA, on Monday at 8:15 PM ET. The Commanders had a season record of 4-5 entering this contest. The team lost to the Vikings by a score of 20-17 in their most recent game. QB Taylor Heinicke ended the game with 1 interception and a quarterback rate of 77.8. Curtis Samuel gained 65 yards on 3 receptions for an average of 21.7 yards per grab.

Washington had 61 plays for a total of 263 yards at the end of their recent match. The team carried the ball 30 times for a total of 137 yards, averaging 4.6 yards per attempt. The Commanders gave up 56 yards on 22 attempts in the struggle for the line of scrimmage, which works out to 2.5 yards per carry given up. Washington allowed 23 pass completions on 41 attempts for a completion percentage of 56.1% and a total of 245 yards.

The Philadelphia Eagles enter the field with an 8-0 record on the season. The Eagles clobbered the Texans in their most recent game, winning 29-17 in the process. For Philadelphia, RB Miles Sanders ran the ball 17 times for 93 yards, averaging 5.5 yards per carry at the end of the match. Dallas Goedert was a prominent Eagles target, catching 8 passes for 100 yards (12.5 yards per catch). Jalen Hurts (2 touchdowns) completed the game with 243 yards on 21 of 27 passes for a quarterback rating of 128.9. He did not throw any interceptions, and his average yardage was 9.0.