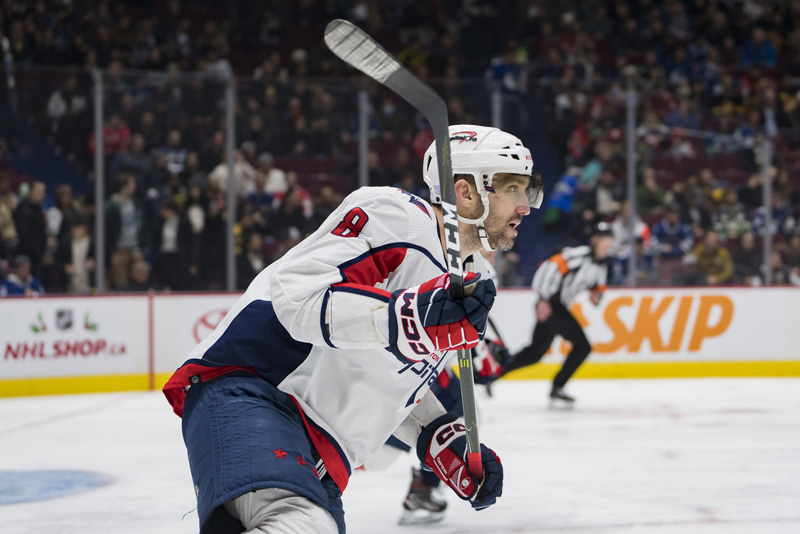 The Washington Capitals and the Seattle Kraken will clash at Climate Pledge Arena in Seattle, WA on Thursday at 1:00 PM ET. The Capitals are only averaging 2.79 goals per game on average, which ranks 28th in the NHL. The Capitals rank 23rd in the league with 30.2 shots attempted per game. When the Capitals hold the man advantage, Washington’s power play only scores 20.5% of the time, ranking 20th in the league. With 13 goals, Alex Ovechkin leads the Washington offense while John Carlson and Conor Sheary each have seven. The top two players in assists, with 13 each, are Dylan Strome and Evgeny Kuznetsov. In 24 matches, Washington scored 17 goals on the power play.

The Capitals are surrendering 3.04 goals per game on average, which ranks 15th in the NHL. The average number of shots that the Capitals’ opponents get every game is 31.0. When Washington is undermanned, it’s penalty-kill team is successful 79.7% of the time, which ranks 15th. Darcy Kuemper has a record of 8-9-1, a goals-against average of 2.51, a save percentage of.917, and two shutouts.

The Seattle Kraken is the third-best team in the NHL in average scoring at 3.82 goals per game. The Kraken’s power play scores 23.2% of the time the team has the advantage, which ranks 11th, while Seattle averages 29.0 shots per game, which ranks 29th. Matty Beniers and Andre Burakovsky both have nine goals. Jordan Eberle has the most assists with 15. With 23, Burakovsky has the most points, while Eberle is second with 21. In 22 games, Seattle scored 19 goals on the power play.

The Seattle Kraken is surrendering 3.09 goals per game on average, ranking 15th in the NHL. The Kraken is conceding the third-fewest shots per game in the league, with an average of 27.2. When the Kraken is shorthanded, Seattle’s penalty-kill team is successful 69.7% of the time, ranking 29th in the NHL. Martin Jones has a record of 12-4-2, a goals-against average of 2.90, a save percentage of.893, and one shutout. Seattle triumphed in each of Jones’ previous five starts in goal.

Washington Capitals vs Seattle Kraken. The NHL pick for this game is the Seattle Kraken. Travel fatigue set in for Washington, where the team will travel to Seattle on Thursday for their third straight game. Washington struggled to score for the majority of the season, scoring only 2.79 goals per game on average, which is bad news considering the defense and goalies are surrendering 3.04 goals per game on average. The Capitals are 1-6 over their past seven road games, and Washington dropped 10 of its previous 15 games overall. Seattle is only four points behind first-place Vegas in the Pacific Division, thus Seattle is in a tight race for the top spot. The past six games were all won by the Kraken. Seattle averages 3.82 goals per game and has nine goals against Los Angeles in their most recent match. The Seattle Kraken will win to a predicted score of 3-2.