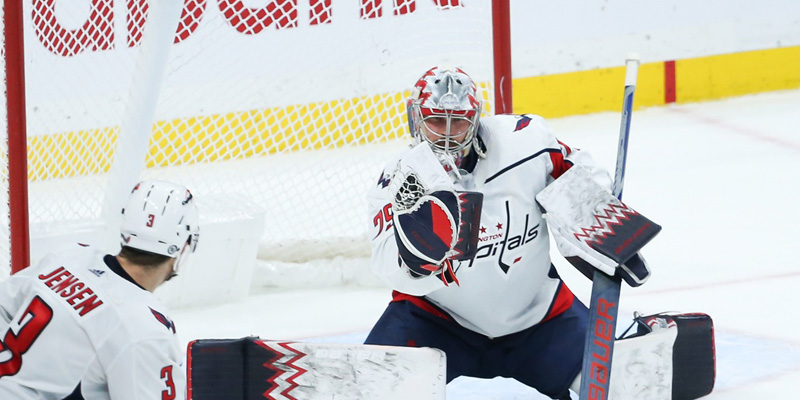 The Washington Capitals (14-12-4) will zero in on “ The Windy City “ to clash with the Blackhawks at United Center in downtown Chicago on Tuesday evening at 9:00 PM (EDT). The Washington Capitals sliced through the ice to recently win over the Winnipeg Jets in their last outing. Washington stayed 6 mins in the box in this matchup. The Capitals had a solid offensive outing. In addition, they had 2 chances with the advantage, were able to net a goal, and converted 5 out of the 36 shots.

The Capitals have an average of 2.90 (27th) goals per game and allow the same 2.90 (11th) goals per game. Washington averages 30.7 shots per game which is 20th in the league and scores 21.4% of the time with the man advantage at 21st. Alex Ovechkin is the leading goal scorer with 17 and Conor Sheary follows with eight. The leader in assists is Evgeny Kuznetsov with 18 and Dylan Strome has 16. Ovechkin is the points leader with 30, while Kuznetsov and Strome each have 22.  Washington scored 23 power-play goals in 30 games.

At “ The Windy City “, The Chicago Blackhawks allow an average of 3.54 goals per game (24th in the NHL). Chicago allows an average of 34.6 shots per game (29th) and has the 24th-ranked penalty-kill unit in hockey, holding opponents scoreless at 74.2% of the time the Blackhawks are short-handed. Chicago is playing without goalies Petr Mrazek and Alex Stalock. Soderblom took over the spot in goal and is 2-8-2 with a 3.18 goals-against average and .906 save percentage. Before Stalock’s injury, he had a 2.93 goals-against average and a .914 save percentage.

The Blackhawks average 2.4 goals per game and are scoring 23.5 percent of their power play opportunities. Max Domi leads with 9 goals, Patrick Kane has 16 assists, and Philipp Kurashev has 49 shots on goal. The Chicago Blackhawks’ defense is allowing 3.5 goals per game and is killing 74.2 percent of their opponent’s power plays. Petr Mrazek has given up 34 goals on 293 shots faced, and Arvid Soderblom has allowed 38 goals on 403 shots.