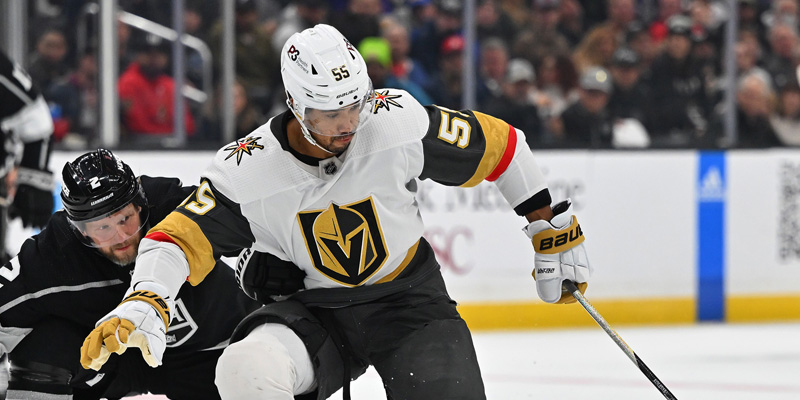 The Vegas Golden Knights will go against the Anaheim Ducks in NHL action at Honda Center in Anaheim, California, on Wednesday, December 28, 2022, at 10:00 PM ET. The Vegas Golden Knights (24-12-1) lost their first match against the Los Angeles Kings 4-2 at Crypto.com Arena Wednesday night, ending a two-game winning streak for the team after they returned from the holiday break. Michael Amadio (4 goals, 8 points this year) scored on the power play to tie the score at 1-1 in the first period. Midway through the second period, Brayden McNabb (1 goal, 11 points) gave Vegas a 2-1 lead, but the home team quickly tied the score by scoring two more goals, including an empty-net goal in the final frame. The Knights’ four-game victorious road run came to an end with the loss, dropping their overall record to 2-3-0 over their last five games.

The Anaheim Ducks (9-22-4) earned one point after a 3-2 overtime loss to the Calgary Flames at Honda Center last Friday, but they entered the Christmas break with their third straight loss (0-2-1). Both Mason McTavish and Jakob Silfverberg scored for the Ducks, who tied the game twice in regulation while on the power play before giving up Calgary’s winning goal at 2:24 of the extra session. McTavish has six goals and 20 points this season. It was Anaheim’s 12th defeat in its past 15 games (3-9-3) and its first loss in its last six home games.

Vegas Golden Knights vs Anaheim Ducks. The NHL pick is the Vegas Golden Knights. The Ducks currently rank behind the Chicago Blackhawks as the second-worst club in the NHL with only 22 points from 35 games, a pitiful.314 points percentage, and a league-worst minus-63 goal differential. As a result, Vegas has a fantastic chance to win tonight for the third time in its last four games and go back on the winning track on the road, where the club already won 12 victories in the past 15 outings. In a stunning 21 of their previous 25 games, the Golden Knights previously defeated Anaheim, winning by at least two goals on 13 of those occasions. While the Ducks suffered 26 losses this season, 19 of those losses were by more than one goal. Look for the Vegas Golden Knights to win on the road with a predicted score of 4-2.