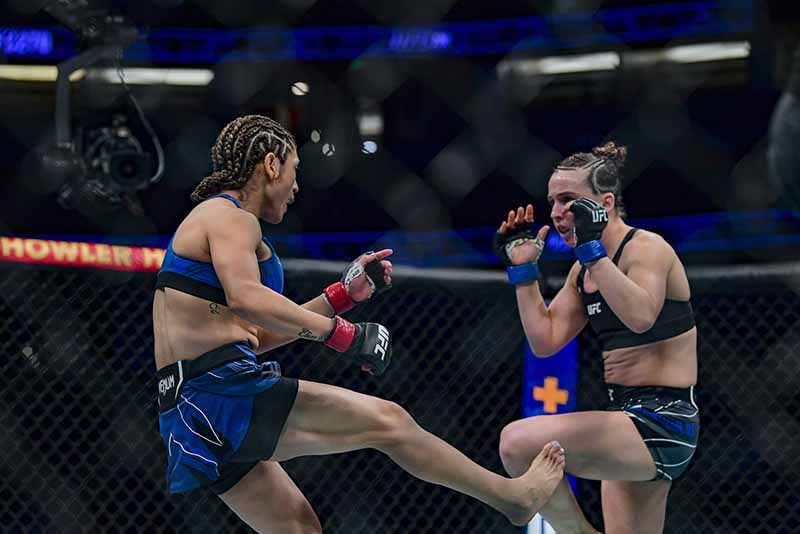 The “ Lil monster “ is not as effective of a grappler as she takes her opponents to the canvas 0.32 times per 15 min. Demopoulos is finishing her takedown attempts on 7% of the times she tries and stops 50% of the takedown attempts on her. On the other hand, Oliveira is taking her opponents to the canvas on 50% of her takedown tries and is stopping 46% of the attempts against her. Regarding going for the sub, Demopoulos is the more experienced submission fighter by attempting 1.3 submissions per 15 min while Oliveira looks to get 0.8 submissions per 15 min.

Vanessa Demopoulos vs Maria Oliveira. The UFC Pick for this bout is Maria Oliveira -120. Oliveira is a dangerous striker with suspect takedown defense, so the clear route to victory is to tie her up and at the least grind out a decision. Do not expect Demopoulos to have the same success as Ricci, but if she is persistent, she can bag a couple of rounds. Oliveira just needs to defend the majority of takedown attempts to completely swing the fight in her favor and piece Demopoulos up from range. This will be close and expect both ladies to succeed in their strategies, but Demopoulos’ wrestling and control time could be enough to sway a couple of judges at least. Take Maria Oliveira to reign over Vanessa Demopoulos.