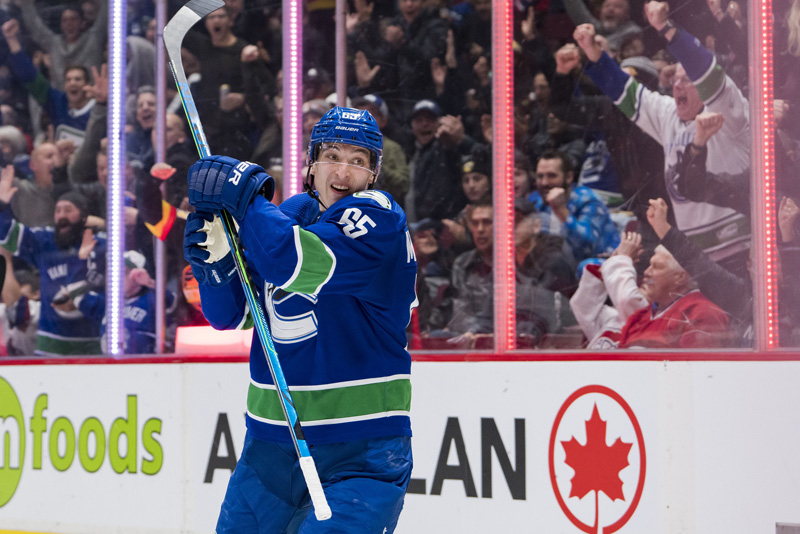 The Vancouver Canucks will leave for San Jose, California to clash with the Sharks at SAP Center in San Jose on Wednesday at 10:30 PM (EDT). Vancouver concluded their 3-day homestand with a 3-2 OT victory by a score of 3-2 in overtime over the Arizona Coyotes ending their 2-game losing skid. Spencer Martin led Vancouver against the Coyotes posting a .913 save percentage after allowing only two goals on 23 shots in just over 64 minutes of regulation. Bo Horvat carried the offensive load for Vancouver with two goals on seven shots and just under 25 minutes.

The Vancouver Canucks snapped a two-game skid with a 3-2 overtime victory over the Arizona Coyotes, Saturday. Two days later, they edged the Montreal Canadiens 7-6 in overtime to close down a four-game homestand on a high note. The Canucks ran after 0-4 at the end of the first period, and in the middle of the third period, they were up 5-4. Montreal then took a 6-5 lead before Andrei Kuzmenko scored his 12th goal to force an extended playing time.

In “ The First City in California “, The San Jose Sharks concluded their long road trip and sped home with an 8-16-4 tally riding on a 3-game skid following a 6-3 loss to Buffalo, Wednesday. Aaron Dell did not do well in the net for San Jose posting a .865 save percentage after allowing five goals on 37 shots fired at him in just under 59 minutes on the ice.

The Sharks have been one of the worst offensive squads in the league with 2.89 goals. Their defense allows 3.57 goals on 31.2 shots per game. Erik Karlsson leads the offensive line for San Jose this season recording a team-high 34 points to go along with a team-leading 23 assists. Logan Couture is the leading scorer for the Sharks with 13 goals on 65 shots this year.