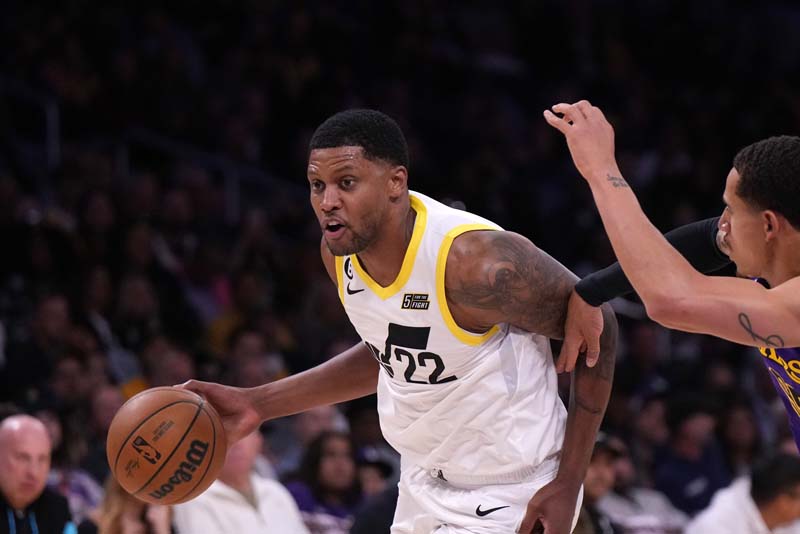 The Utah Jazz will clash with the LA Clippers at Crypto.com Arena in downtown Los Angeles, CA, on Sunday at 10:00 PM ET. The Jazz is now 7-3 SU and ATS on the year after beating the LA Lakers 130-116 on the road last Friday as 3.5-point favorites. Utah shot 50.5% from the floor and 42.5% from beyond the arc (17-for-40) over a ball club that is one of the league’s league’s stronger defensive teams. PF Lauri Markkanen led with 27 points and 13 rebounds. Jordan Clarkson scored 20 points and grabbed seven boards, and Mike Conley recorded a double-double of 15 points and 10 dimes.

NBA fans expect Utah to finish last in the Western Conference after the Jazz made the decision to deal away Rudy Gobert and Donovan Mitchell in the summer. But look now, the Jazz is off to a solid start and are the eighth-most offensively efficient team in the league (114.9 points per 100 possessions). Additionally, Utah is shooting 36.7% of their 3-point attempts while dishing out 28.0 assists per 100 possessions, good for third in the NBA (12th).

George acted as a genuine leader, averaging 23.8 points and 4.9 assists per game without SF Kawhi Leonard. Center Ivica Zubac, a 25-year-old big man, scored 17 points and grabbed 15 rebounds in a double-double performance over the Spurs. He is now averaging 10.0 points and 11.6 boards per game. The Clippers have the NBA’s worst offensive rating with 103.5 points scored per 100 possessions. They are ranked 24th in 3-point percentage (32.9%) and 15th in field goal percentage (46.8%).

Utah Jazz vs LA Clippers. The NBA pick for this game is the Utah Jazz. The Clippers defeated the inferior Houston Rockets in two straight contests while winning each game by eight points or fewer. Expect a close quarter battle in this matchup. The Jazz recently found a way to score 130 points against the Lakers; Utah has enough from their arsenal to handle the Clippers’ defense. Utah is 7-3 ATS in its previous 10 meetings with the West and 4-1 ATS in its last five overall matches. Despite covering in five consecutive home matches over the Jazz, the LA Clippers are 2-6 ATS in their last eight matches overall. The Utah Jazz will win 114-111.