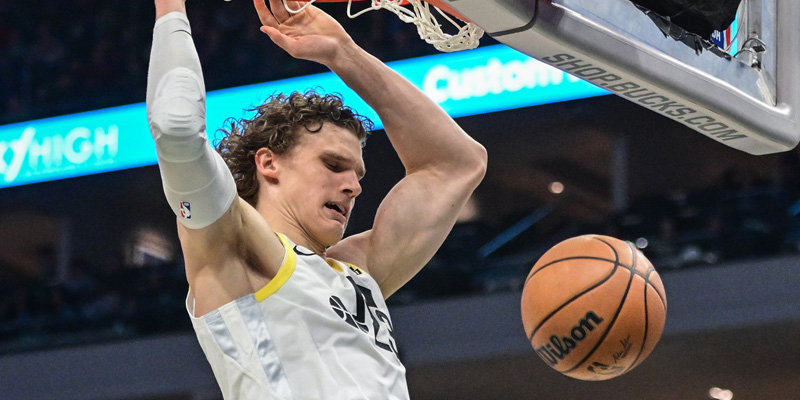 The Utah Jazz and the Cleveland Cavaliers will have a showdown at Rocket Mortgage Fieldhouse in Cleveland, Ohio on Monday evening. The Jazz dropped ten of their first 16 road games and rank fourth in the league in offensive efficiency. The Bucks pummeled Utah with 17 points in the fourth quarter of a 123-97 road loss. Utah is 8th at 15-17 in the Western Conference and third in the Northwest Division.

The Jazz split their last 10 games of the season and are averaging 117.2 points on 47.6% shooting while allowing 116 points on 47.5% FG shooting. PF Lauri Markkanen averages 22.3 points and 8.3 rebounds, while SG Jordan Clarkson is averaging 19.9 points and 3.8 rebounds. SF Malik Beasley is the third double-digit scorer while Collin Sexton is dishing 3 assists. Utah is shooting 36.9 percent from beyond the arc and 77.5 percent from the FT line. The Utah Jazz is allowing 34.2 percent shooting from deep and is grabbing 43.8 rebounds per game.

Meanwhile, the Cleveland Cavaliers won 14 of their first 16 games at Rocket Mortgage Fieldhouse and are next to  Boston by 2.5 games for the top spot in the Eastern Conference. Cleveland needed overtime to earn a 100-99 home win over the Mavs last Saturday. The Cavaliers limited the Mavericks to only three points in the overtime period and won despite missing 29 of their 36 three-point attempts. Cleveland is 2nd at 20-11in the Eastern Conference.

Cleveland is 7-3 in their last 10 matches of the season, The Cavaliers average 110.5 points on 47.6 % FG shooting and allow 104.6 points on 45.5% shooting from the field. SG Donovan Mitchell is averaging 29.5 points and 4.6 assists. PG Darius Garland is averaging 20.8 points and 2.8 rebounds. Evan Mobley is the third double-digit scorer while Center Jarrett Allen is grabbing 10.3 rebounds. The Cleveland Cavaliers are shooting 36.4 percent from beyond the arc and 80 percent from the free throw line. The Cleveland Cavaliers are allowing 34.6 percent shooting from deep and are grabbing 43 rebounds per game.

Utah Jazz vs Cleveland Cavaliers. The NBA pick for this matchup is the Cleveland Cavaliers. The Utah Jazz is better at home than they are on the road. They will be colliding with a sizzling team from Ohio. The Cavaliers are playing well and they’re one of the better home teams in the league, where they win by an average of 9.6 points. The Cavs win in their favorite role by an average of 9.1 points. Predicted to win this match is Cleveland at 116-109.