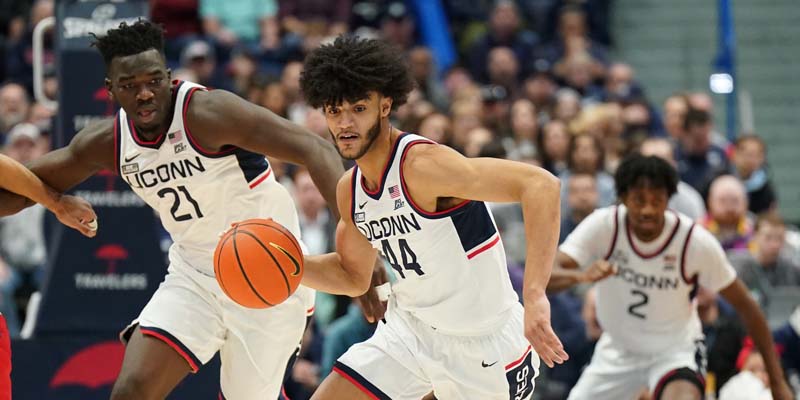 On Wednesday, January 18, 2023, at 6:30 PM ET, the #15 UConn Huskies will face off against the Seton Hall Pirates in a highly anticipated matchup at the Prudential Center, NJ. The Huskies are in dire need of a win as they are currently 4-4 overall and have lost four of their last five matches. They are looking to bounce back from their recent losses to a competitive Marquette team on the road and a shocking defeat at home to St. John’s, despite being heavy favorites. This is a crucial game for the Huskies as they look to regain their early season form and prove their dominance in the Big East conference. It’s a game you won’t want to miss as these two teams are ready to bring their A-game and compete at the highest level.

The UConn Huskies, who were previously ranked 6th in Division I by Ken Pomeroy, dropped nine spots to position 15 in this week’s AP Top 25 due to their recent losses to Marquette and St. John’s. Despite their high ranking, Connecticut has a less-than-stellar record on the road, with a 2-3 record, and an average of 79.7 points per game. Additionally, their defense has not been as strong as it once was, currently being ranked 47th in terms of average points allowed. This will be a crucial game for the Huskies as they look to improve their record and get back on track to regain their early season form.

The Seton Hall Pirates will be looking to continue their winning run when they host UConn on Wednesday. The Pirates are currently on a roll, with an 11-8 overall record and 4-4 in Big East play. They are coming off a big win over the DePaul Blue Demons, where they secured a 71-67 victory. KC Ndefo was the standout player for Seton Hall, scoring 16 points. The Pirates have now won three consecutive games and four of the last five, since overcoming a three-game losing streak. This game will be a true test for the Pirates as they look to triumph over the UConn Huskies and extend their winning streak even further.

#15 UConn Huskies vs Seton Hall Pirates. The NCAAB pick for this game is the Seton Hall Pirates. Since conference play was underway for a few weeks, the Connecticut Huskies significantly cooled off, losing four of their previous five games. UConn is struggling at the moment, as the Huskies have lost four of the last five straight up after starting the season with 14th consecutive victories. UConn has failed to cover the number six of its last seven, while Seton Hall has covered the nut in six of the last 10. Seton Hall’s defense has played well this season, allowing an average of only 63.8 points per game and 39.9% vehicle shooting. Final Score Prediction, Seton Hall Pirates win and cover ATS 69-64.