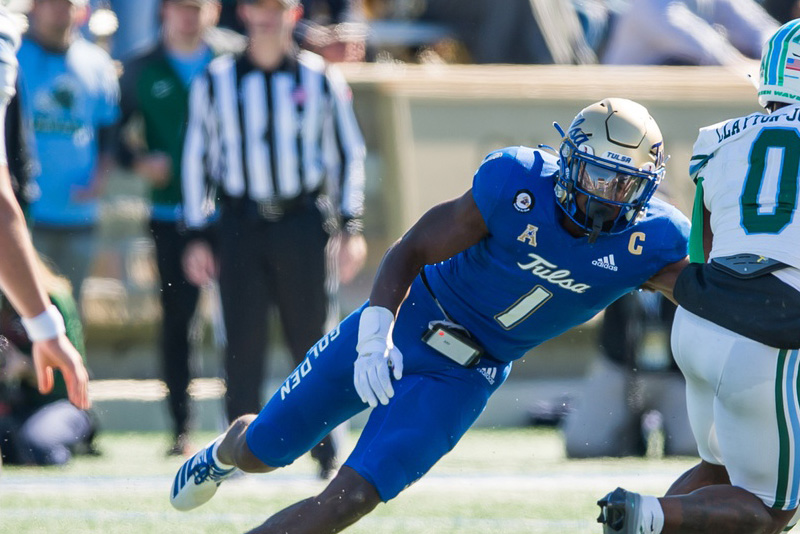 The Tulsa Golden Hurricane will clash with the Tigers at Simmons Bank Liberty Stadium in Memphis, TN, on Thursday at 7:30 PM ET. Due to their ongoing struggles, the Golden Hurricane is ninth in the AAC. They have a losing record this season versus conference opponents (1-4), therefore they must win this match to start moving in the right direction. Tulsa averages 415.7 total yards and 30.2 ppg on offense. This represents the 51st most yards and the 57th most ppg, respectively. They were throwing the ball all over the yard this season, demonstrating their ability to consistently move the ball through the air.

Tulsa allows 33.2 ppg and 403.6 total yards on the defensive side of the field. This represents the 90th most yards and the 118th most points per game conceded. Their front seven was consistently pummeled by their opponents this season, making it difficult for them to stop the run. The Team is allowing the 128th-most running yards per game in the country with 227.1.

The Memphis Tigers now dropped two straight contests and will be hoping to return to the winning columns. A win in this battle will be in order to move up in the AAC standings, where they are presently in ninth place. The Tigers average 421 total yards per game and 33.9 points on offense. This represents the 46th most overall yards and the 33rd most points scored per game. This year, the Tigers had better success advancing the ball via the air.

The Tigers are surrendering 31.6 ppg and 412 total yards on the defensive side of the field. This represents the 96th most yards and the 110th most points in a game ever surrendered. Their secondary continued to concede big play after big play, making it difficult for them to consistently stifle their opponents’ passing efforts. They now rank 119th in the country for most passing yards allowed per game with 276.8. They let the UCF Knights pass for 223 yards the previous week.

Tulsa Golden Hurricane vs Memphis Tigers. The NCAAF pick for this game is the Memphis Tigers. The Tulsa defense was also weak so anticipated Memphis to score frequently during this contest. The Tigers rank 33rd in terms of points scored per game and 46th in terms of total yards per game. They will emphasize their passing offense while including some running plays to keep the Tulsa defense on its toes. Tulsa currently allows the 118th most points and 90th most yards per game. The Tigers will be given plenty of chances to score during this game, so they will be allowed to move the ball about the field as they see fit. Overall, the Tigers are the superior team since they can win this game at home. The Memphis Tigers will win to a predicted score of 34-28.