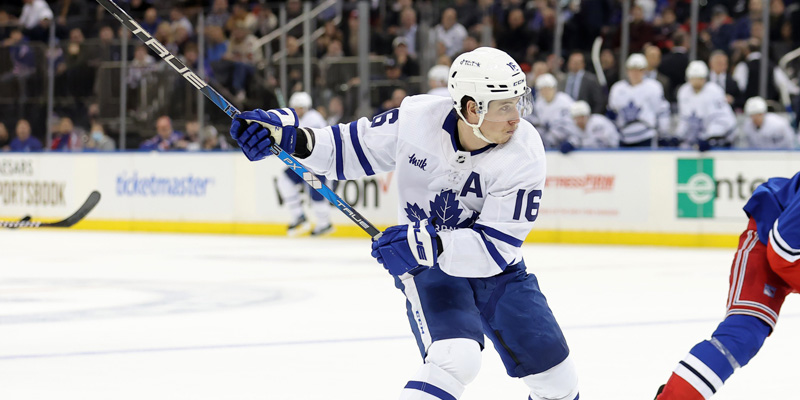 The Toronto Maple Leafs and the Washington Capitals will collide at Capital One Arena in Washington, D.C. on Saturday at 7:00 PM (EDT). The Maple Leafs are second at 19-6-6 in the Atlantic Division. The New York Rangers snapped Toronto off its 5-game winning slide to a score of 1-3. Michael Bunting made the point for the Maple Leafs in the first period on David Kampf and Conor Timmins assists.

Toronto is shooting an average of 3.26 goals per game and allows rivals to score 2.32 goals. The MAple Leafs have a value of 23.8% on the power play opportunities with a penalty kill of 79.2%. Right-Wingman Mitchell Marner is the top scorer of the team with 37 points and 25 assists while RW William Nylander brought in 17 goals for the team.

At “ The Center of the Nation “, The Washington Capitals are in sixth place at 15-13-4 in the Metropolitan Division. The Dallas Stars snapped Washington’s winning streak to a score of 1-2. Conor Sheary scored the opening goal in the second period with assists by Alex Ovechkin and Dylan Strome.

Washington is shooting an average of 2.97 goals per game and let opponents score 2.88 goals. The team holds a value of 22.2% on the power play opportunities with a penalty kill of 80.2%. Left-wingman Alex Ovechkin leads the team with 35 points and 20 goals while C Evgeny Kuznetsov delivered 19 assists for the team.