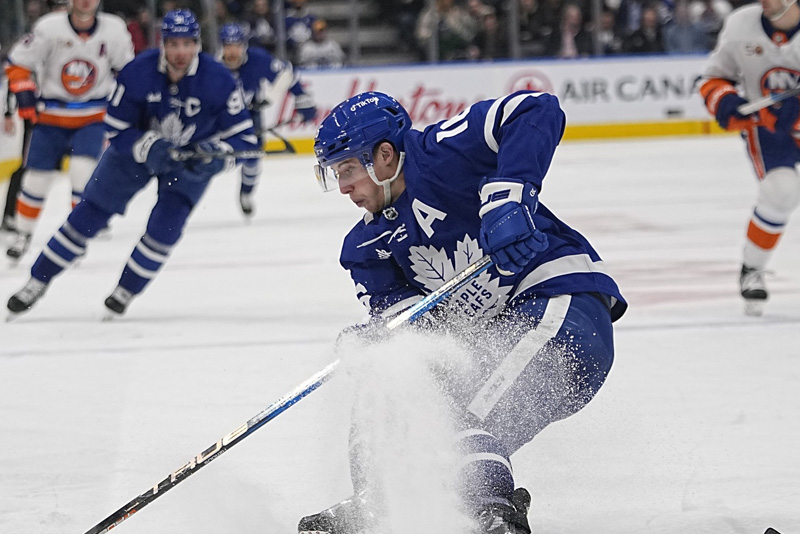 The Toronto Maple Leafs will fall over the Devils at Prudential Center in Newark, New Jersey, on Wednesday at 7:00 PM ET. The Maple Leafs are having a fantastic season but they still need their offense to step up as they are only averaging 2.95 goals per game and only two in their most recent game. The top two lines of Mitch Marner and John Tavares combined for 15 goals and 30 assists, while William Nylander and Auston Matthews contributed 19 goals and 23 assists. However, the remainder of the offense struggled. Only five skaters added seven or more assists, and only three skaters had five goals or more, making the opposition teams contain the top-heavy offense.

Toronto’s defense allows 2.70 goals per game that carries the team despite the struggling offense. The Maple Leafs feature two excellent defensive partnerships in Mark Giordano and Justin Holl, totaling 2.5 defensive point shares and 85 blocked shots, and Rasmus Sandin and Timothy Liljegren, who have 1.3 defensive point shares. Goaltender Matt Murray also stepped up, stopping 127 of 127 shots for a 91.3% save p and 2.76 goals against average.

The New Jersey Devils‘ offense improved this season, scoring 3.84 goals per game on average, with 26 goals in the last six games. The top two lines, Jesper Bratt, Nico Hischier, and Jack Hughes, combined for 24 goals and 43 assists. To put the offense over the top, defenseman Dougie Hamilton contributed five goals and nine assists from the point in addition to the combined 16 goals and 16 assists from Tomas Tatar, Yegor Sharangovich, and Miles Wood.

While the attack excelled, the defense also improved, surrendering only 2.32 goals per game overall and just eight in the past five contests. In order to provide the team depth, Dougie Hamilton and John Marino collaborated for 3.1 defensive point shares, while Jonas Seigenthaler and Ryan Graves contributed 3.8 defensive point shares and 55 blocked shots. Vitek Vanecek, the goaltender, is also having a spectacular season, stopping 281 of 281 shots for a.918 save percentage and 2.14 goals against average.

Toronto Maple Leafs vs New Jersey Devils. The NHL pick for this game is the New Jersey Devils. Between two of the top teams in the Eastern Conference, this will be a fantastic game. The Devils are on a 13-game winning streak and aim to dominate this game from the outset while the Maple Leafs try to pull off the unexpected. With a strong showing on their home ice, the Devils should prevail and win their fourteenth straight game. New Jersey will win predicted at 5-2.