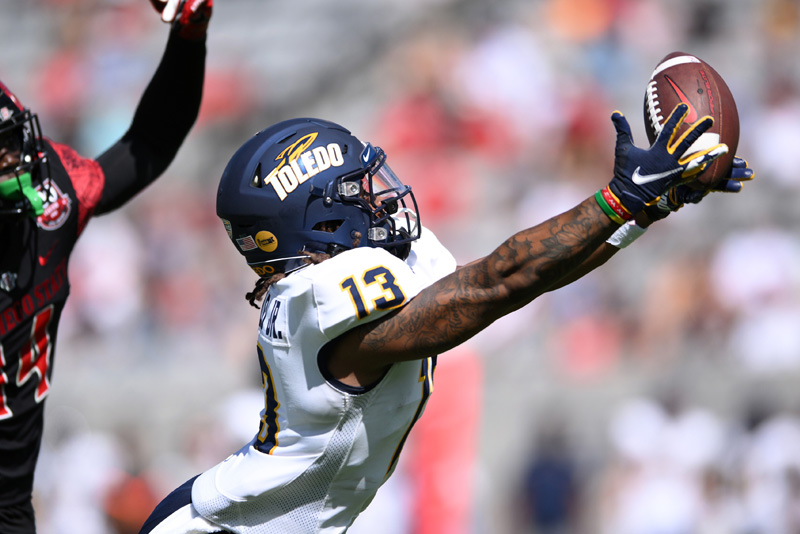 The Toledo Rockets will be in Waldo Stadium in Kalamazoo, Michigan to clash with the Broncos on Friday, November 25. Toledo looks for their eighth win for the season coming into this match-up after snapping a two-game winning run with a 35-42 loss at home to the Bowling Green Falcons. Toledo is 7-4 overall and 5-2 in MAC play after the recent loss last time out. The Rockets’ relinquished 456 yards while their offense compiled 482 total yards but wasted a ball possession through three turnovers.

Toledo starting quarterback Dequan Finn led the offense through the air with 1,938 yards connecting 21 touchdowns but intercepted on ten occasions this season. RB Jacquez Stewart led the ground offense after running the ball for 557 yards and nailed three touchdowns while Finn also rushed for 530 yards and reached the end zone eight times. WR Jerquan Newton is the favorite target for Finn with 702 receiving yards and landed nine touchdowns. LB Dallas Grant augmented the defensive line with 95 total tackles while the Rockets tallied 25 sacks and 10 interceptions.

The Western Michigan Broncos are back home to host the Rockets in the Mid-American Conference West Division on Friday. The Broncos look for their second win in a row by beating the Rockets following a 12-10 road victory over the Central Michigan Chippewas on November 16. Western Michigan improved to 4-7 overall and 3-4 in MAC play with a 1-4 home record on the season. The Broncos accumulated 357 yards of total offense despite playing under a heavy snowstorm against the Chippewas in the win. QB Treyson Bourguet threw for 102 yards while RB Sean Tyler ran the ball for 177 yards including a 52-yard rush in landing a touchdown for the victory.

Broncos’ quarterback Treyson Bourguet led the offense through the air after passing for 601 yards with two touchdowns scored but had one pass picked. RB Sean Tyler led the running game with 896 yards and penetrated the end zone six times while WR Corey Crooms caught 54 passes for 788 yards and landed five touchdowns in reinforcing the ground offense. LB Zaire Barnes initiated a total of 85 tackles in enhancing the backline while the Broncos tallied 27 sacks with eight interceptions.