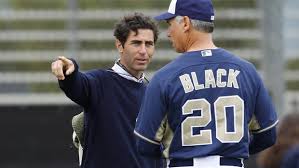 The San Diego Padres fired Bud Black, their longtime manager on Monday per Pay per Head Sportsbook. Team had been hovering around .500 and the men upstairs weren’t having it. The team has said that they will immediately begin a search for n interim manager to take over for the rest of the season hoping to light a fire under their team.

The bench coach Dave Roberts and former Padre outfielder was anointed to serve as manager when they host Oakland on Monday. The Padres record leading up to today is 32-33. At the start of the season they were expecting to contend in the National League West but they have fallen short of those lofty expectations hence the firing of the manager. Bud Black who has been in charge since 2007 was the scapegoat for the Padres who Best Pay Per Head Company have at 40/1 an odd which has obviously dropped since the beginning of the season.

Black who had a record of 649-713 never reached the postseason in his tenure. They made a splash this offseason signing “big game James” Shields in free agency. They also acquired former Dodger outfielder Matt Kemp, made an exchange with the Atlanta Braves for Justin Upton and acquired Wil Myers from the Tampa Bay Rays. Now the Padres set with a new outfield, an ace on the mound and other moves put the front office in the frame of mind that they were going for it this year.

Those moves have generated into wins and that puts a dent the guy’s upstairs program for what should have a great year for the San Diego Padres. They do have the main components to go for it still. They have a huge ball park, actually one of the most pitcher friendly parks in the majors. This to me is the most important factor in winning the World Series. They did their best in filling the team out with offensive players such as Kemp, Upton and so forth. They even acquired gritty catcher in Derek Norris from the Oakland Athletics to help with tempo of the game.

All in all the Padres went all out and they have nothing to show for it. Still six games out of the division isn’t the end of the world and teams have rallied from bigger deficits to claim a spot in the postseason. Let’ see how much fight the Padres have in them.