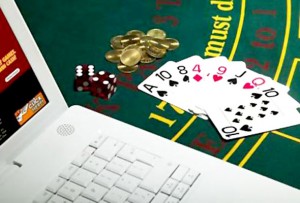 A few years ago, several studies were done that concluded that offshore sports betting industry was processing more than $100 billion per year. Games such as last year’s Cricket World Cup in Asia are said to have had wagered bets around about $1 billion alone, and with increased access around the world to sporting events, interest in sports betting and live betting services will also increase.

Annual events, World Cups, Olympics and other international events happen almost every year and the revenues from each such event will only increase steadily.

So is sports betting for the United States a bad thing? If companies all over the world are making money and paying taxes and providing a service, is any really getting hurt?

According to the website GamblingAddiction.org, around 2%-5% of people are diagnosed with gambling addiction and the majority of which are in the United States.

If online live betting services and pay per head sports betting are illegal in the United States, that would mean most of the people admitting they are addicted are at actual brick and mortar casinos.

It is thought that an adrenaline or drug-like reaction happens when playing fames such as slots. When winning the player feels almost a high. When the player continues playing, yet does not win, they simply keep playing until they hit that high again.

Sports betting is obviously a slower occurrence of this rush, if at all, since a game takes a certain amount of time to finish. Sure, almost 90% of all sports bettors lose due to poor money management but overall, the addiction is minimal.

With the pending legalization, partly in an attempt to quash Mob activities such as loan sharking and the illegal gambling, live betting services and pay per head offshore sports betting may have to start looking over their should more.