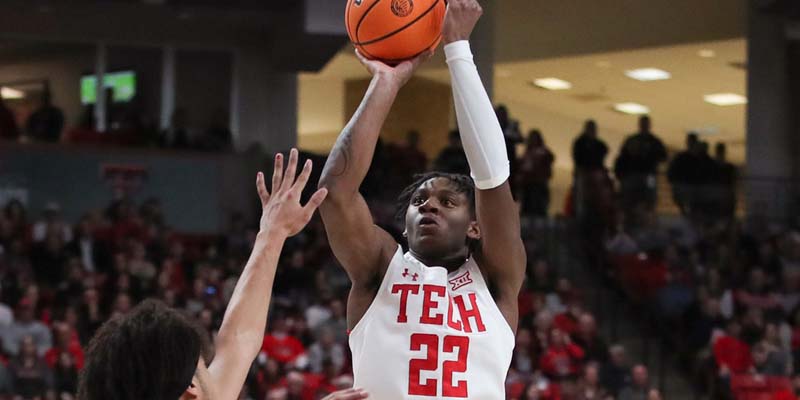 The Texas Tech Red Raiders have been feeling the weight of their rough start to the conference season, with a record of 0-3 in the conference and 10-5 overall. They were crushed by several close losses in the past week, including a heart-wrenching six-point loss to TCU, a devastating three-point defeat to No. 3 Kansas, and a painful five-point overtime demise to Oklahoma. This marks the first time since 2014-15 that the Red Raiders started 0-3 in league play; the team is not at full strength due to injuries to starters Daniel Batcho and Pop Isaacs. Despite these setbacks, the Red Raiders remain intent and resolute in their quest to earn their first conference victory of the season.

The Red Raiders demonstrated true grit and determination in their latest match with Oklahoma. Despite trailing by 13 points in the second half, they scored eight of the final 10 points of regulation to force overtime. Coach Mark Adams was proud of his wards’ efforts, despite being undermanned and some players were tired. He is confident that the team will continue to improve in the coming months. In their recent game, De’Vion Harmon tied a career-high with 23 points, including 21 in the second half, while Kevin Obanor had 15 points and seven rebounds. The all-time series between these two squads are tied at 20 wins each, with Texas Tech entering on a two-game winning run and having won eight of the past 10 matchups.

The Iowa State Cyclones are 8-2 in their last 10 matches of the season. Iowa State soared beyond expectations this year with an impressive 12-2 overall record and a triumphant 3-0 start in the Big 12 Conference. Many underestimated the team because of key player losses from last season’s Sweet 16 team, the Cyclones fiercely proved doubters wrong with their unwavering intent to win. The team battled through close-quarter games against strong rivals and is determined to keep their winning streak alive as they face the struggling Red Raiders.

The Cyclones staged a breathtaking victory on Saturday over the TCU Horned Frogs. Gabe Kalscheur’s 3-pointer with just 1.5 seconds left on the clock lifted the team to a 69-67 victory. Jaren Holmes scored 10 points in the game. The Cyclones embraced a competitive mindset, which propelled them to a 3-0 start in the Big 12 conference for the first time since 1999-2000. Coach T.J. Otzelberger emphasized the difficulty and thrill of winning in the league and on the road; he stressed the need to improve one day at a time.

Texas Tech Red Raiders vs #25 Iowa State Cyclones. The NCAAB Pick for the game is the Texas Tech Red Raiders. The Texas Tech Red Raiders have been performing well recently, with a 7-2 record in their past nine outings. Although they suffered an overtime loss against Oklahoma State and a one-point loss against Kansas, they are determined to get back to the winning column. However, the team has struggled with ATS, currently on a 0-7 slide. The Red Raiders have an impressive defense this season, ranked sixth in the nation for points allowed per game at 57.5. They also rank 22nd for defensive field goal percentage allowed, holding opponents to a 38.5% success rate. Opponents have also struggled from beyond the arc against the Red Raiders, shooting 3-pointers at a low 29.2% clip. Based on these factors, our prediction for the game is Texas Tech 72, Iowa State 59.