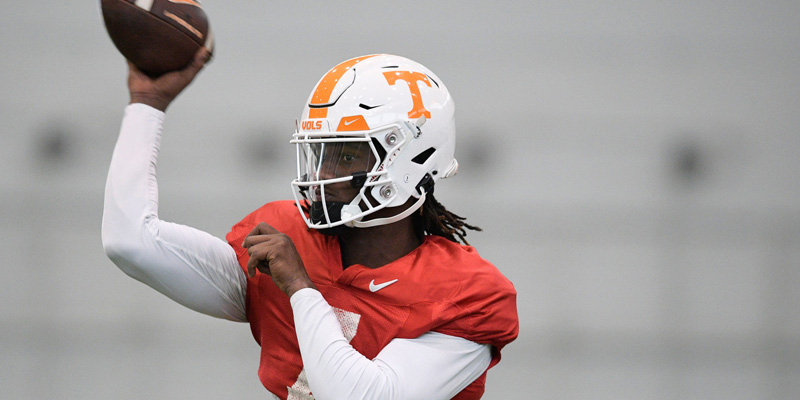 The Tennessee Volunteers and the No.7 Clemson Tigers will meet at the Hard Rock Stadium in Miami Gardens, Florida for the Capital One Orange Bowl on Friday, December 30, 2022, at 8:00 PM (EDT). The Volunteers are sitting in second place in the SEC East standings with a record of 10-2. The team won the final match of the regular season against the Vanderbilt Commodores by 56-0. Joe Milton III threw for 147 yards and a touchdown on 11 of 21 passes. Jaylen Wright rushed for 160 yards with two touchdowns on five carries. Jalin Hyatt led the receiving team with 86 yards on three receptions.

The Volunteers hauled a total of 332.3 passing yards and 205.8 rushing yards. The team has an average of 47.3 points while allowing just 23.5 points. Quarterback Hendon Hooker hauled 3,135 total passing yards while running back Jaylen Wright rushed for 786 yards. Wide receiver Jalin Hyatt made 1,267 receiving yards. Linebacker Aaron Beasley is the leader of the defense with 64 tackles while defensive back Trevon Flowers intercepted two passes.

The No.7 Clemson Tigers, on the other hand, are in first place in the ACC Atlantic division with a record of 11-2. The Tigers won the final match of the regular season against the North Carolina Tar Heels by 39-10. Cade Klubnik passed for a total of 279 yards with one touchdown on 20 of 24 passes. Klubnik also rushed for 30 yards and made a touchdown on seven carries. Cole Turner led the receiving team with 101 yards on three receptions.

The Tigers collected a total of 225.6 passing yards with 179.0 total rushing yards. The team is averaging 34.7 points and is allowing 20.1 points. Quarterback DJ Uiagalelei passed for 2,521 yards while running back Will Shipley rushed for 1,110 yards. Wide receiver Antonio Williams led the receivers with 563 yards. Linebacker Jeremiah Trotter Jr. led the team’s defense with 80 tackles while safety R.J. Mickens intercepted three passes for the team.