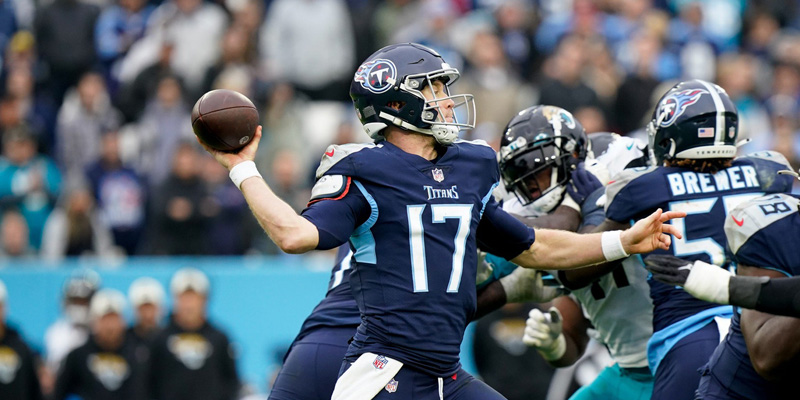 The Tennessee Titans will go against the Los Angeles Chargers in NFL action in SoFi Stadium, CA, on Sunday, December 18, 2022, at 4:25 PM ET. The Titans had recent difficulties and entered this match with a three-game losing streak. They will strive to break their winning run by defeating the Chargers, which would be their third victory in the previous six matches. Tennessee scores 18.5 points in each contest on average. They run for 121.2 yards per game while passing for 175.7. In the defeat to the Jaguars, Ryan Tannehill completed 66 percent of his throws for 254 yards, 2 touchdowns, and 1 interception.

Austin Hooper had 5 catches for 68 yards, while Derrick Henry had 17 carries for 121 yards and a touchdown. Tennessee was strong on defense, allowing only 21.2 points per game. They conceded 36 points in their previous game, so if they want to win this one, they will have to play better. The following players are doubtful for this game: Treylon Burks (concussion), David Long Jr. (hamstring), Tre Avery (concussion), Hassan Haskins (hip), Dontrell Hilliard (neck), Kristian Fulton (groin), Denico Autry (knee), and Dontrell Hilliard (neck).

The Chargers defeated the Dolphins in their final game to avenge their loss to the Raiders. They will attempt to maintain their winning streak by defeating the Titans, which would be their third victory in their previous four matches and their second straight victory. Los Angeles scores 22.7 points per contest on average. They are running for 84.5 yards per game while passing for 285.1. In the victory over the Dolphins, Justin Herbert converted 76 percent of his throws for 367 yards and one score.

Mike Williams scored six catches for 116 yards and a score while Austin Ekeler had 15 carries for 45 yards. Los Angeles had trouble playing defense, allowing 25.1 points per game. They conceded 17 points in their previous game, and if they want to prevail, they must maintain that level of play. Trey Pipkins III (Knee) and Derwin James Jr. (Quad) are doubtful for this game.

Tennessee Titans vs Los Angeles Chargers. The NFL pick for this game is the Los Angeles Chargers. Four of their past six matches and two of their last three on the road were losses for the Titans. They don’t have a strong offensive game, and two of their past three games saw them held to under 20 points. They are one of the league’s worst passing teams, and their rushing game isn’t as strong as it once was. The Chargers’ defense isn’t terrific, but they performed well in their previous three games, allowing only 23 points per contest against their opponents. Since the Titans are unlikely to exploit them in the air, anticipate them to stack the box and restrain Tennessee’s offensive. The Chargers had a strong offensive streak during which they won two of their previous three games. Despite having the third-best passing attack in the league, they struggle to run the ball effectively. In their previous 3 matches, the Titans’ pass defense struggled, allowing more than 330 passing yards per week. The Los Angeles Chargers will win to a predicted score of 27-22.