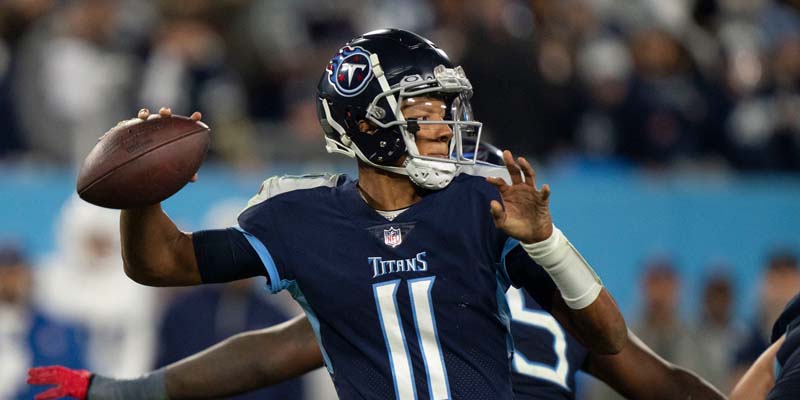 The Tennessee Titans will be at “ The Sunshine State “ to clash with the Jaguars at TIAA Bank Field in Jacksonville, FL Saturday evening. Tennessee is on a 6-game losing slump after losing to the visiting Dallas Cowboys 13-27 this past Sunday. The Titans dropped to 7-9 on the season but could still take the division title with a win here. Tennessee is second at 7-9 in the AFC South.

Against the Dallas Cowboys, the Titans fell behind 10-0 early in the second quarter before kicking a couple of field goals in the final 1:04 to cut their lag to 10-6 at the half. The team was within 17-13 after three quarters but did not score in the final frame plummeting to defeat. Tennessee lost 361-317 in total offense and gave up 26 first downs while picking up 17 and lost the time of possession by a 33:24 to 26:36 margin. The Titans forced three turnovers while committing two but ended on the losing side of the gridiron.

Meanwhile, the Jacksonville Jaguars are on a four-game winning run after thrashing the Houston Texans to a score of 31-3, Monday. The Jags are in the top spot at 8-8 in the AFC South Division. Jacksonville needs a win here to clinch the division and earn the fourth seed in the playoff Scenario. Against the Houston Texans, Jax controlled the game, led 7-0 after the opening quarter, and was 21-0 at the half. The Jaguars never looked back en route to the victory as they remained unhindered till the end of regulation.