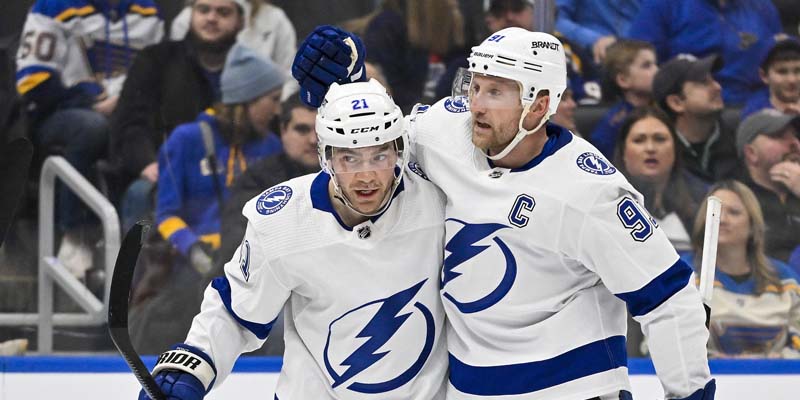 The Tampa Bay Lightning is set to play the Seattle Kraken in Seattle at Climate Pledge Arena in Seattle, WA on Monday, January 16th. The Lightning is currently on a three-game winning streak, coming off a 4-2 victory against the St. Louis Blues. They have a record of 27-13-1, 55 points, and hold 3rd place in the Atlantic Division, with a road record of 10-9-0 this season. Goalie Andrei Vasilvskiy had a save percentage of .920 after giving up two goals on 25 shots. Center Brayden Point scored two goals and had one assist for the Lightning. The team has a strong offense, averaging 3.59 goals on 32.2 shots per game, and a solid defense, allowing an average of 2.93 goals per game. Right-winger Nikita Kucherov leads the team in points with 62 and assists with 45. Center Brayden Point has scored 25 goals on 127 shots.

The Lightning is having a successful season with their potent offense averaging 3.59 goals per game, including 15 goals in their last three games. The team’s top scorers, Nikita Kucherov, Steven Stamkos, and Brayden Point, have contributed 60 goals and 95 assists to lead the team’s first and second lines. However, the rest of the offense has also played a significant role in their success. Players such as Brandon Hagel, Nick Paul, and Alex Killorn have contributed 45 goals and 43 assists, while defensemen Mikhail Sergachev and Victor Hedman have added 7 goals and 51 assists from the point, further bolstering the team’s offensive capabilities.

The Seattle Kraken are returning home after a successful road trip and are looking to continue their winning run by hosting the Tampa Bay Lightning on Monday. The Kraken has a record of 26-12-4 and 56 points and is currently in second place just two points behind the Vegas Golden Knights, with a home record of 10-8-2 this season. Seattle recently defeated the Chicago Blackhawks 8-5 on the road, securing their eighth consecutive win of the season. Goalkeeper Martin Jones had a tough game, allowing five goals on 27 shots for a save percentage of .815 in the win. Left winger Jared McCann was a key contributor to the team’s offense, scoring three goals on four attempted shots.

The Kraken is performing exceptionally well, with an average of 3.76 goals per game in their last eight games, for a total of 47 goals. The team’s top two lines, led by Matthew Beniers, Andre Burakovsky, and Jordan Eberle, have contributed 39 goals and 68 assists. Additionally, the rest of the offense, including Jared McCann, Yanni Gourde, and Daniel Sprong, has also performed well, with a combined total of 42 goals and 44 assists. The defensemen, Vince Dunn and Justin Schultz have also been a valuable asset to the team by contributing 12 goals and 42 assists from the point, thereby opening up the offense.

Tampa Bay Lightning vs. Seattle Kraken. The NHL Pick for this contest is Tampa Bay Lightning. The Lightning allows only 2.93 goals per game and should limit the Seattle Kraken’s offense with Victor Hedman, Ian Cole, and the rest of the defensive unit The team creates turnovers in the defensive zone and limits shooting lanes, and allows goaltender Andrei Vasilevskiy to make plenty of big saves. The Lightning should win the game with a strong performance on the road. Take the Lightning money line as road Favorites predicted to a score of 5-4.