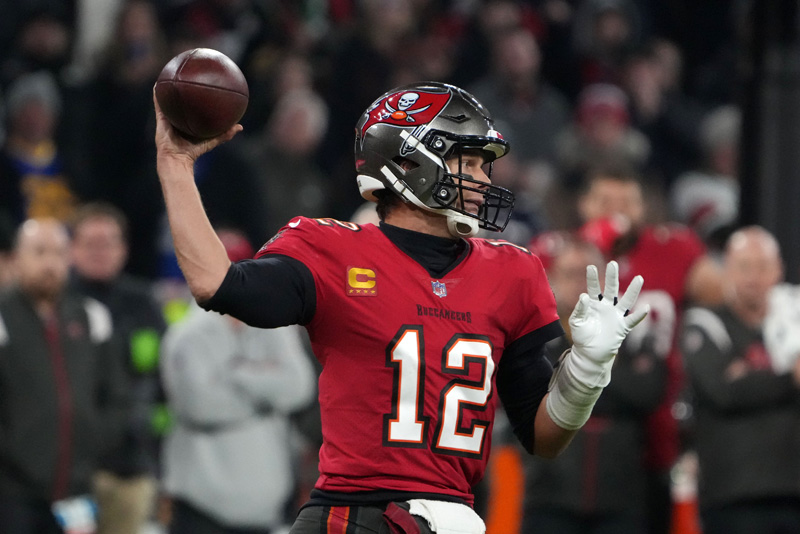 The Buccaneers and the Browns will take NFL action at FirstEnergy Stadium in Cleveland, Ohio on Sunday afternoon. Tampa Bay is first in the NFC South at 5-5 and had a bye during Week 11. The Buccaneers dropped the Seattle Seahawks 21-16 in Week 10. Tampa Bay quarterback Tom Brady passed for 258 yards with two touchdowns and one interception. The Buccaneers held on for the win despite giving up two late touchdowns.

Tampa Bay is on a win/loss trajectory on the season. The Bucs went 3-2 in their first five games with wins over the Dallas Cowboys, New Orleans Saints, and the Atlanta Falcons. It’s been a 2-3 run since then with losses to the Steelers, Panthers and the Baltimore Ravens before wins over the Los Angeles Rams and Seattle Seahawks. In the Seahawks battle back on November 13, the Bucs had a 14-3 lead going into the final quarter. Tampa was outscored 13-7 from there but hung on for the 21-16 win. Tom Brady posted 258 yards with two scores and a pick in the victory.

Meanwhile, the Cleveland Browns dropped to 13th spot at 3-7 following its 31-23 loss to the Buffalo Bills in a game played in Detroit due to a snowstorm in Buffalo. Cleveland is third in the AFC North but four games behind first-place Baltimore. Cleveland gained 396 yards of total offense and held Buffalo to 357 yards of total offense. Quarterback Jacoby Brissett passed for 324 yards and three touchdowns.

The Browns started off the year at 2-1 with wins over the Carolina Panthers and the Pittsburgh Steelers. The Browns lost four straight to the Falcons, Chargers, Pats and Ravens before a win over the Bengals and another loss to the Dolphins. Matched up against the Bills on Sunday, the Browns took a 13-10 deficit into halftime. Cleveland gave up 18 more points in the second half for a 31-23 loss. Kareem Hunt led the rush with 32 yards.

Tampa Bay Buccaneers vs Cleveland Browns. The NFL pick for this game is the Tampa Bay Buccaneers. Tampa Bay dominated this matchup covering the number in four of the last five. Expect that that will be the case again on Sunday. The play here should be UNDER. The UNDER resulted in each of Tampa Bay’s last four played on the road and in each of the last five the Tampa Bay played head-to-head with Cleveland. The Bucs are scoring an average of only 18.3 points per game which is 27th in the NFL but the Buccaneers have a strong defense that is holding opponents to an average of only 18.0 points per game ( fifth best ). Prediction, Tampa Bay Buccaneers win but our best to play is UNDER 24-17.