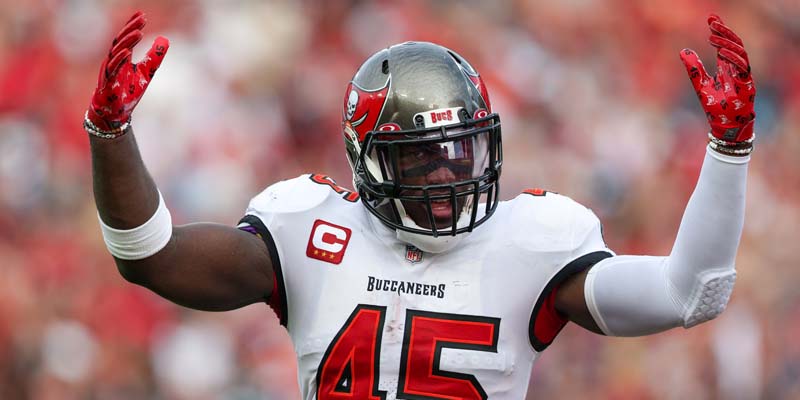 The Tampa Bay Buccaneers will go against the Atlanta Falcons in NFL action in Mercedes-Benz Stadium, GA, on Sunday, January 8, 2023, at 1:00 PM ET. Although the Tampa Bay Buccaneers, led by future Hall of Fame quarterback Tom Brady, did not have the best season by the legend’s standards (8-8 record), their 30-24 victory against the Carolina Panthers last weekend allowed them to capture the NFC South.

Timeless For the second week in a row, the Buccaneers overcame a double-digit fourth-quarter deficit because of Tom’s 432 yards and three deep touchdown passes to Mike Evans. After a dozen subpar performances, Evans suddenly broke out and played brilliantly the entire game. He concluded with 10 receptions for 207 yards and three touchdowns on catches of 63, 57, and 30 yards, making him the only player in NFL history to start a career with nine seasons of 1,000+ receiving yards.

Desmond Ridder is yet to complete an NFL touchdown pass, but last weekend’s 20-19 Atlanta Falcons victory over the Arizona Cardinals gave him his first professional victory. Ridder finished 19 for 26 for 169 yards, which helped to set up Younghoe Koo’s 21-yard field goal on the final play. In the final five minutes of the fourth quarter, he guided Atlanta 72 yards in 12 plays. In a tryout for a starting position for the upcoming season, it was his third start.

After finishing 7-2 in games decided by one possession the previous year, the Falcons improved to 5-8 this year. On 29 carries, Cordarelle Patterson and Tyler Allgeier combined for 125 yards and two touchdowns. Despite the entertaining game, the Falcons’ season was generally disappointing given that they hoped to build on their triumph from the previous year.

Tampa Bay Buccaneers vs Atlanta Falcons. The NFL pick for this game is the Atlanta Falcons. The Falcons’ starting quarterback, Marcus Mariota, left the squad after the team was ousted from the playoffs two weeks ago. Desmond Ridder is yet to complete an NFL touchdown pass, but last weekend’s 20-19 victory over the Arizona Cardinals gave him his first professional victory. Ridder finished 19 for 26 for 169 yards, which helped to set up Younghoe Koo’s 21-yard field goal on the final play. They aren’t letting the youngster do much, but this could be his chance to shine against Tampa Bay’s reserves. In a game that has little significance for the Buccaneers, it seems unlikely that Tom Brady, Mike Evans, and a number of defensive players will take the field. Atlanta will be coached by Arthur Smith and will be looking to give Desmond Ridder his first touchdown pass in the NFL. Atlanta will win to a predicted score of 24-20.