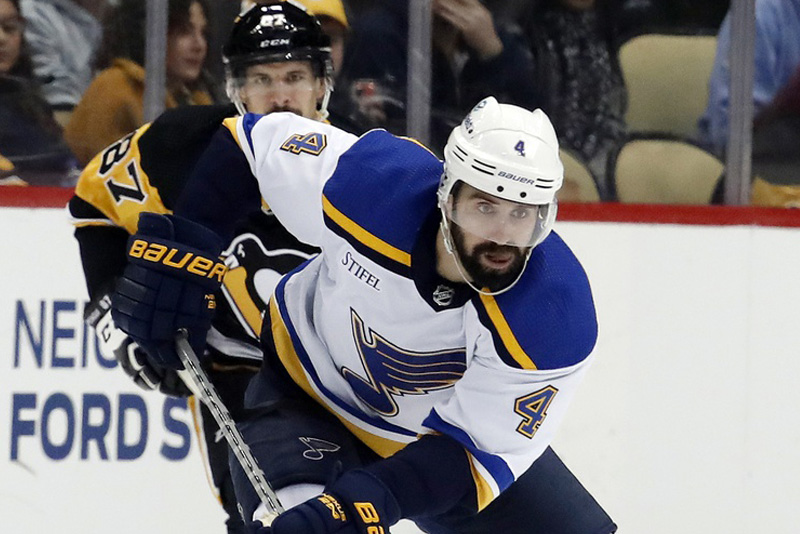 The St. Louis Blues will be at Madison Square Garden to battle the New York Rangers on Monday evening. The Blues lost to the Pittsburgh Penguins 6-2 last Saturday. The Blues are 11-13 for 22 points and sit 4 points out of the 2nd wildcard qualifying spot in the Western Conference. The Blues consist of talented players, unfortunately, the team cannot make it to the winning side of the rink.

The Blues are struggling with their offense the whole season scoring with only 2.83 goals per match. While Left-Wingman Pavel Buchnevich, Jordan Kyrou, and Robert Thomas scored a total of 21 goals and 38 assists to lead the top two lines, the rest of the offense had difficulty executing the offense. Six skaters manage six goals or more while only six players have eight assists or more.

Meanwhile, The NY Rangers are having a rough season with their offense too. The team scored a measly 2.92 goals per game with only four goals in the last two matches. Mika Zibanejad, Chris Kreider, and Artemi Panarin totaled 31 goals and 47 assists while defenseman Adam Fox added six goals and 21 assists from the point; the rest of the offense struggled. Only three skaters scored 7 goals or more while only 4 skaters added 9 assists or more to the offense.

The Rangers’ offense struggled but the defense compensated, allowing 2.88 goals per game. Adam Fox and Ryan Lindgren summed up 3.9 defensive point shares and 79 blocked shots while K’Andre Miller, Braden Schneider, and Jacob Trouba combined for 3.0 defensive point shares to add depth to the team. Goaltender Igor Shesterkin is having a great season with a .913 save percentage and a 2.59 goals-against average on 540 shots.

St. Louis Blues vs. New York Rangers. The NHL Pick for this contest is New York -167. The Blues replied commandingly after their terrible battle with the Penguins. The Rangers are 0-4 in their last 4 home matches and could get this contest outright. The Blues will come out with some firepower to force the Rangers out of the rink. Final Score Prediction: New York Rangers will win 4-3.