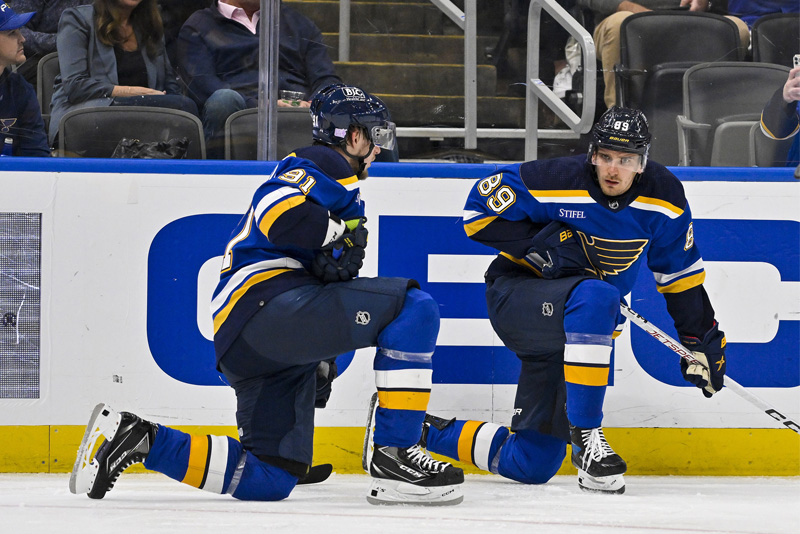 The TD Garden will bear witness to the St. Louis Blues against the Boston Bruins NHL hostilities on Monday at 7:00 PM (EDT). The St.Louis Blues are in eighth place in the Central Division with a record of 3-6-0. The team is on a six-game losing slump, following a 2-5 loss against the New York Islanders. Vladimir Tarasenko scored the opening goal in the first period assisted by Torey Krug and Justin Faulk. Robert Thomas scored the second point in the third period assisted by Ivan Barbashev and Tarasenko.

The St. Louis Blues average 2.33 goals per game while allowing 3.89 goals in every game played. St. Louis has a value of 25.0% on the power play opportunities with a penalty kill of 76.2%. Defenseman Justin Faulk tops the scoring line with 10 points and seven assists while right-wing Vladimir Tarasenko delivered four goals for his team.

The Bruins are in first place in the Atlantic Division at 10-2-0. Boston snapped its eighth winning streak and lost to the Maple Leafs by 1-2. Brad Marchand went unassisted in the match as he scored the point in a penalty shot.

The Boston Bruins are shooting an average of 4.45 goals per game and are allowing 2.55 goals per match. The team has a value of 22.5% on the power plays with a penalty kill of 94.9%. David Pastrnak is the top scorer of the team with 19 points, eight goals, and 11 assists.