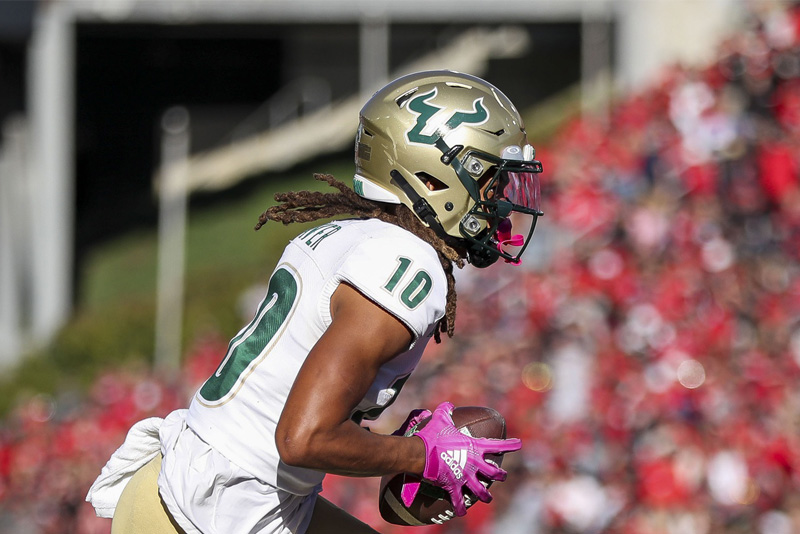 The South Florida Bulls and the Tulsa Golden Hurricane will bash it out at Chapman Stadium in Tulsa, OK on Friday evening. The Bulls are on an 8-game losing slump following a 23-41 home loss to the SMU Mustangs. South Florida struggled with a 1-9 record on the season and is 11th in the American Athletic Conference. The Bulls’ defenses faltered after conceding 550 yards of total offense to the Mustangs including 280 passing yards in scoring 41 points. South Florida’s offense managed to rotate the ball well after gaining 385 yards of total offense but made one turnover in scoring just three points in the final quarter.

The USF Bulls utilized two quarterbacks versus the SMU Mustangs to complete a combined 14 of his 34 pass attempts for 202 yards and two touchdowns. RB Brian Battle led the running game for South Florida with 145 rushing yards on 26 carries while RB Jason Albritton contributed 16 yards on four carries and penetrated the end zone once. WR Xavier Weaver led the receiving unit of the Bulls with 60 yards on four receptions in the match.

The Tulsa Golden Hurricane is back home after winning only three of their ten games this season while losing four of the last five matches including three losses in a row. Tulsa is 3-7 overall and 9th in the American Athletic Conference following a 16-point road loss to the Memphis Tigers. The Golden Hurricane’s defense failed to stop the Memphis onslaught after the Tigers swallowed up almost 350 yards and scored 26 points after a 20-point lead in the first half of the match. Tulsa’s offense fizzled after earning only 207 total yards of offense while committing two turnovers to score just 10 points in the loss.

South Florida Bulls vs. Tulsa Golden Hurricane. The NCAAF Pick for this contest is Tulsa -13. This will be a battle between the two worst teams in AAC and both will try hard to get back on the winning track. However, the Golden Hurricane is the better team here with a home-field advantage and crowd support on Friday. Tulsa will snatch their fourth victory of the season in this match-up. Prediction: The Tulsa Golden Hurricanes will win 37-24.