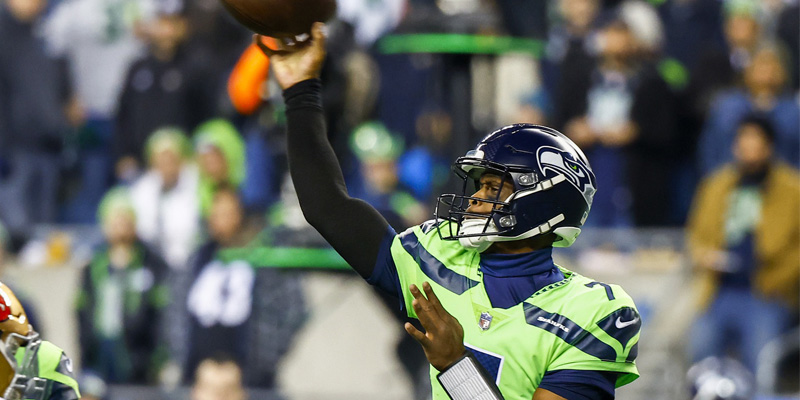 The Seattle Seahawks are on the road to visit GEHA Field at Arrowhead Stadium in Kansas City to take on the Kansas City Chiefs on Saturday, December 24. Seattle dropped to 7-7 this season, 5-6 in conference play, and placed second in the NFC West with a 4-3 record away from home. The Seahawks look to end a two-game losing streak in coming to this match-up while losing four in their last five including a 13-21 home loss to the San Francisco 49ers on December 15. Seattle earn their lone win in five games over the Los Angeles Rams after missing WR Tyler Lockett who is scheduled for hand surgery.

The Seahawks starting quarterback Geno Smith threw for 3,671 yards and connected 26 touchdowns with eight interceptions. Kenneth Walker III led the running game with 696 yards and nailed nine touchdowns while WR DK Metcalf led the receiving unit with 924 yards and six touchdowns in the absence of Tyler Lockett. LB Jordyn Brooks enhanced the defensive line with 149 total tackles while Seattle recorded 35 sacks and 11 interceptions on the season.

The Kansas City Chiefs are returning home after a successful road tour and will be hosting the Seattle Seahawks on Saturday afternoon. Kansas City is 11-3 after a 30-24 overtime win on the road over the Houston Texans on December 18 and topped all teams in the AFC West with a 5-1 home record on the season. The Chiefs are three games ahead of the LA Chargers in second place and look for their third straight win in facing the Seahawks on Saturday. QB Patrick Mahomes led the offense through the air for Kansas City with 336 yards and two touchdowns while the Chiefs have given away only 219 yards of total offense to the Texans.

Kansas City starting QB Patrick Mahomes totaled 35 TDs in passing for 4,496 yards with 11 picks in leading the Chiefs’ passing offense this season. Isaiah Pacheco led the ground offense with 677 rushing yards and penetrated the end zone three times while the top receiver for Kansas City is Travis Kelce with 1,144 tards and landed 12 touchdowns. On defense, LB Nick Bolton led all defenders with 137 total tackles and the Chiefs tallied 43 sacks and eight interceptions as a unit.

Seattle Seahawks vs. Kansas City Chiefs. The NFL Pick for this contest is Kansas City -10. The Chiefs will dominate this match-up on their home field on Saturday afternoon. Kansas City features an offense so tough and hard to stop which averages 29.6 PPG that ranked first in the league. However, the Chiefs’ defense gave up 23.0 PPG. Prediction, The Chiefs will win 30-23.