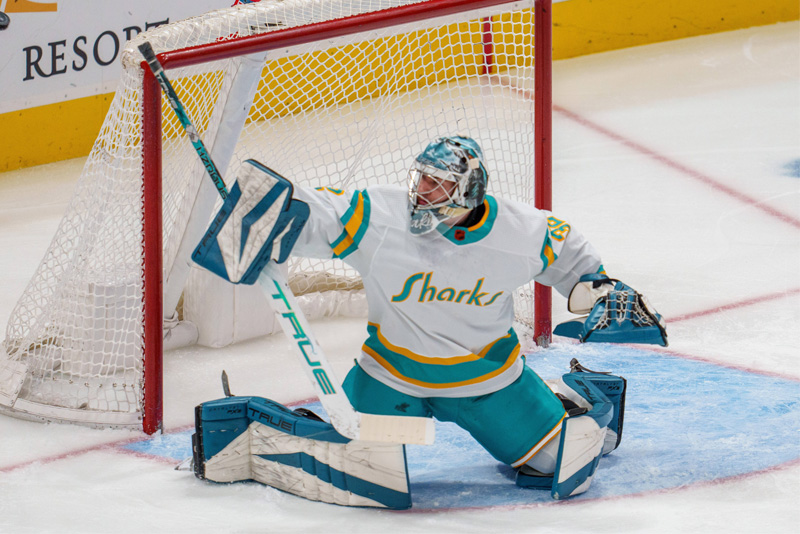 The San Jose Sharks will square off with the Anaheim Ducks at Honda Center in Anaheim, CA on Friday evening. Both squads hope to rebound from rough beginnings in the season. The Sharks have an 8-16-5 Slate and lost their last four matches while the Ducks have a 7-17-3 tally and with only two wins of their last 10 games; they have the worst record in the Pacific Division. Both teams look to climb out from the bottom of the Pacific Division and the Western Conference.

San Jose’s offense struggled and the defense has been one of the worst in the NHL. It allowed 3.66 goals per game including 20 goals in the last four games. Erik Karlsson and Jaycob Megna totaled 2.7 defensive point shares and 69 blocked shots but the rest of the team struggled as well allowing opponents to easily drain pucks on the net. Goaltender Kaapo Kahkonen struggled in the net with a .877 save percentage and a 3.71 goals-against average on 350 shots.

Meanwhile, The Anaheim Ducks are struggling in the season with their offense scoring only 2.48 goals per game including only 10 goals in the last four matches. Troy Terry and Trevor Zegras scored 20 goals and 29 assists but the rest of the offense performed poorly. Four players scored six goals or more while only five skaters added eight dimes or more.

Anaheim’s offense is also in chaos pulling the Ducks on ice. The team allowed 4.15 goals per game with 30 goals in the last seven matches. Kevin Shattenkirk and Cam Fowler tallied for 1.7 defensive point shares but the rest of the team has been uncooperative allowing opponents to fire shots at will. Goaltender John Gibson has been awful in the net with a .897 save percentage and a 3.92 goals-against average on 710 shots.

San Jose Sharks vs Anaheim Ducks. The NHL pick for this game is the San Jose Sharks. The Sharks will bite down on the Ducks putting away shots with ease. The Ducks’ defense allows 4.15 goals per game with Timo Meier, Tomas Hertl, and the rest of the forwards sliding the puck into the offensive zone to create open shots with great puck movement. The Sharks will hold the Ducks’ offense which averages only 2.48 goals per game. Erik Karlsson, Jaycob Megna, and the rest of Anaheim’s defensive unit create turnovers. The Sharks should win the game with a dominant performance on the road to a score of 5-2.