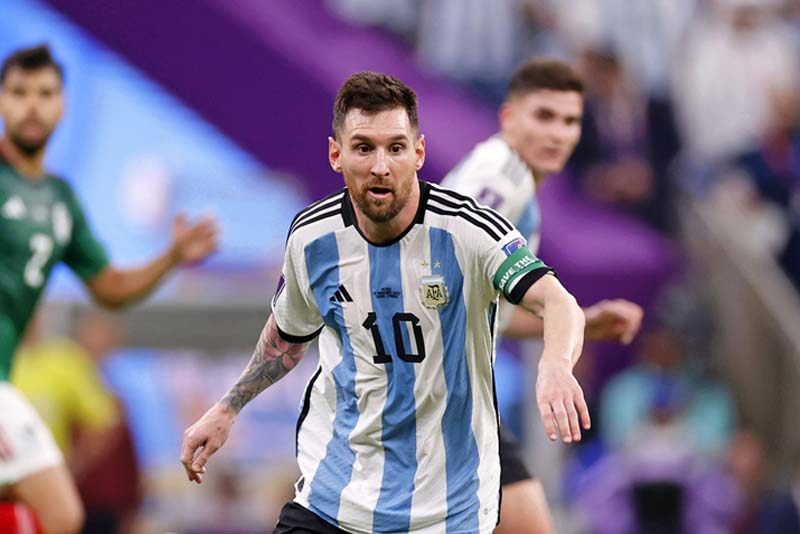 Poland and Argentina will kick off in FIFA World Cup action at Stadium 974 in Doha, Qatar, on Wednesday at 2:00 PM ET. 34-year-old Robert Lewandowski finally scored his first World Cup goal as Poland crushed Saudi Arabia 2-0, Saturday. Eight minutes from the end, the Barcelona attacker gave the Eagles a point by capitalizing on a defensive error to win the game after failing a penalty in the scoreless draw with Mexico. Piotr Zielinski gave the Eagles the lead on the cusp of halftime. Lewandowski claimed during the game that although he finally “fulfilled his desire” on the largest international stage, he and his colleagues still had work to do as Czeslaw Michniewicz’s squad sought to make it to the World Cup’s round of 16 for the first time since 1986.

The Polish squad showed off its defensive strength in Qatar by being one of just two nations to still be without a goal after two group matches. The Eagles now won each of their last four international games without conceding a goal. However, given that Argentina surrendered in all 11 of their previous meetings with Poland, the two-time world champions may find it challenging to silence them. But they won 2-1 in a friendly match in their most recent encounter with La Albiceleste. If Poland wins on Wednesday, they’ll win the group and go to the round of 16, and if Saudi Arabia loses to Mexico, a draw would likely be enough to finish first. Saudi Arabia would lose at the World Cup if it received all conceivable points, though.

It was four days ago after their unexpected 2-1 defeat to Saudi Arabia and Argentina improved their chances of moving on to the knockout stages with a critical 2-0 victory over Mexico on Saturday. After a lackluster first half, star player Lionel Messi came through when it counted. The seven-time Ballon d’Or winner scored the game’s first goal in the 64th minute with a low drive from outside the penalty area and then set up Enzo Fernandez for the game’s final goal to give Argentina their first three points in Group C. Jubilant celebrations broke out in the locker room after the game, and Lionel Scaloni’s team—one of the pre-tournament favorites to win it all in Qatar—seemed to recover its confidence going into their final group match against Poland.

Argentina could use all three points from their match against Poland on Saturday if they want to avoid finishing second in Group C, which could force them into a challenging last-16 matchup with holders France, who defeated La Albiceleste 4-3 in a thrilling matchup at the same stage four years ago. Argentina, who advanced to the knockout stages in 12 of the previous 13 World Cup finals, lost its last two encounters with European nations.

Poland vs Argentina. The FIFA World Cup pick for this match is Argentina. In order to avoid playing the defending world champions France in the round of 16, Poland and Argentina both have a stake in the outcome of Wednesday’s match. But if Messi and the team can work together in the final third, Scaloni’s squad ought to be able to upset their European opponents and win the championship. Poland can pose issues for Argentina, and another shock cannot be ruled out in this match. Argentina will win by a predicted score of 3-2.