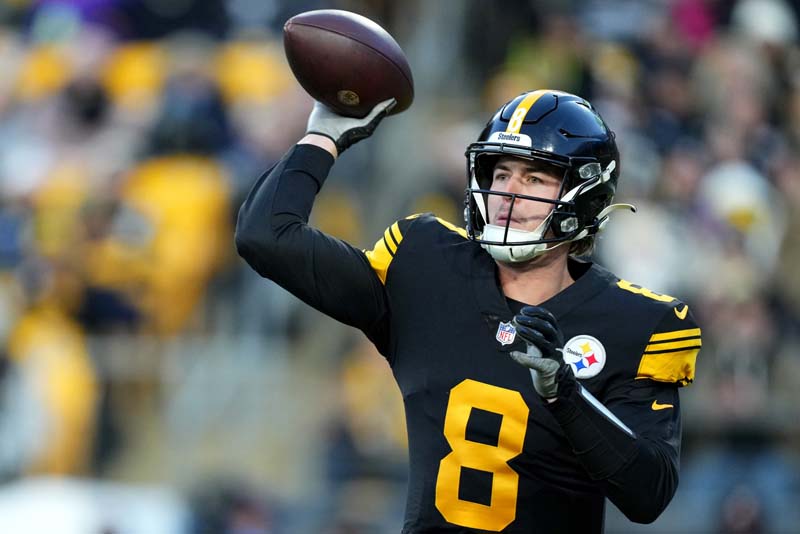 The Pittsburgh Steelers and the Indianapolis Colts will clash at Lucas Oil Stadium in Indianapolis, Indiana on Monday evening. The Steelers have a weak offense in terms of scoring and they are trying to find ways to improve this weakness behind a weak offensive line. The team is averaging just 17 points per game. Pittsburgh’s defense had no answer for Joe Burrow (4 TDs) during a 37-30 Sunday home loss against the Cincinnati Bengals. The Steelers are 14th at 3-7 in the AFC and 4th in the North Division.

The Indianapolis Colts just booted head coach Frank Reich after a disappointing 3-5-1 start. Scratching heads and raised eyebrows were reactions around the league when Colts management hired Jeff Saturday to replace Reich. On Sunday, Reich’s former assistant Nick Sirianni was all too pleased to lead Indianapolis to a 17-16 road loss against Philadelphia. The Colts were unable to protect a 13-3 lead entering the fourth quarter and were outgained by a 314-284 margin.

RB Johnathan Taylor drew first blood for Indianapolis on a one-yard touchdown run and finished with 84 rushing yards. Veteran QB Matt Ryan completed 23 of 32 passes for 213 yards. WR Michael Pittman added six picks for 75 yards in a losing effort for the Colts. The Colts made weird changes to their coaching staff, but that produced a win over Las Vegas Raiders and nearly upset the Philadelphia Eagles.

Pittsburgh Steelers vs Indianapolis Colts. The NFL Pick for this game is the Indianapolis Colts. Indianapolis LB Shaquille Leonard underwent back surgery and is expected to miss the remainder of the season. Both squads rank in the bottom five in the NFL in scoring offense, consider the under to wager on. The Colts have some pep in their step for the first time in a while and they’re still in the thick of the wild card race. Fans have more confidence in the Colts as a whole than the Steelers. Take the Colts to win at home. Final Score Prediction, Indianapolis Colts win 18-17.