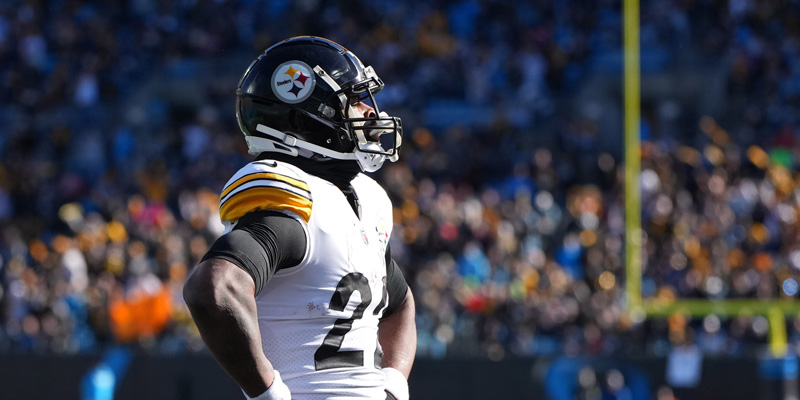 The Pittsburgh Steelers will go against the Carolina Panthers in NFL action in Bank of America Stadium, NC, on Sunday, December 18, 2022, at 1:00 PM ET. The Pittsburgh Steelers were defeated by the Baltimore Ravens on Sunday, 16-14. After Kenny Pickett, the franchise rookie quarterback, was removed from the game for concussion protocol in the first quarter, Mitchell Trubisky joined the contest. Trubisky threw 3 interceptions while also completing 22 of his 30 attempts for 276 yards and one score (all in Baltimore territory). There just wasn’t adequate time to close the points disparity after the last Steelers touchdown in the dying minutes of the game. While Diontae Johnson dominated the receiving end with 82 yards on 6 catches, Najee Harris topped the Steelers’ running attack with 33 yards out of a pitiful 65 yards overall. The Steelers managed to gain 329 yards, mainly through the air.

On Sunday, the Panthers defeated the Seahawks by a final score of 30-24, which was something of a surprise in terms of teamwork given the mid-year coaching changes and the relatively new coaching setup with interim Panthers coach Steve Wilks. Seattle’s aspirations of improving in the NFC West were virtually killed off by the Panthers, who took a commanding 17-0 lead and just ran over the Seattle defense in the second half. Sam Darnold, the quarterback for the Panthers, finished with 120 yards and one score with no interceptions. The Panthers added 223 running yards to their passing yards in this game, which was crucial.

Pittsburgh Steelers vs Carolina Panthers. The NFL pick for this game is the Carolina Panthers. The injury to Kenny Pickett on Sunday, which resulted in Pickett being taken out of the game and placed in concussion protocol, is crucial to this contest. Running Pickett, who Steelers coach Mike Tomlin described as “doubtful” on Friday (Pickett participated in only a few practices this week), may give the Panthers the advantage, but without Pickett, the scales are tipped in the Panthers’ favor. Despite changing coaches, the Panthers are on a run, winning three of their last four matches. The Panthers want to advance and put on a show for the fans since they will be returning home on Sunday. The Carolina Panthers will win to a predicted score of 21-17.