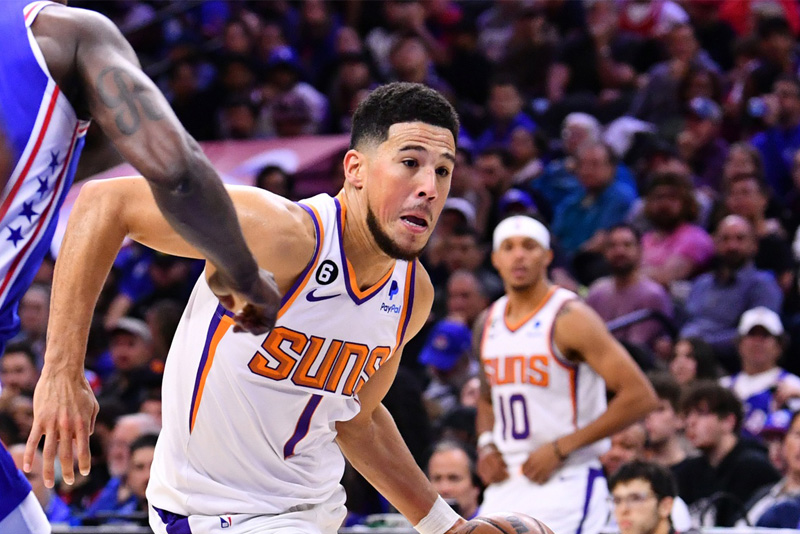 The Phoenix Suns will be at Target Center in Minneapolis to face the Minnesota Timberwolves on Wednesday 8 PM ET, November 9. The Suns lead at 7-3 in the Pacific Division after a recent twelve-point loss to the Philadelphia 76ers 88-100, Monday. Phoenix is 1.5 games ahead of second place with a 6-1 record at home and a 1-2 mark away from home of the season. The Suns suffered their loss with key player veteran point guard Chris Paul having soreness in his heel with an uncertain status in Wednesday’s match-up. SG Devin Booker carried the load for Phoenix after scoring 28 points in the game.

SG Devin Booker is the leading point maker with an average of 27.0 PPG while Center Deandre Ayton contributed a second team-high average scoring at 15.4 PPG and a team-leading 7.9 rebounds per match. Paul directed the offense for the Suns averaging 10.2 assists per game. The Suns have five players with average double-digit scoring making 47.6% overall shooting and 36.3% from the rainbow country.

The totals went UNDER in 4 of the Suns’ last 5 matches. Phoenix is 6-2 SU in its last 8 contests. The Suns are 4-1 against the spread and 5-0 SU in their last 5 outings versus the Minnesota Timberwolves. The Phoenix Suns are 1-5 ATS in their last 6 road games.

The Timberwolves recently lost to the New York Knicks 120-107, Monday. Minnesota is 5-6 and took fourth place in the Northwest Division with 3.5 games behind first place this season to date. Minnesota is 5-4 in conference play with a 4-4 home and a 1-2 road record for the year. Center Karl-Anthony Towns converted 9 of his 12 shot attempts and was 6/6 from the stripe in scoring 25 points while grabbing 13 defensive boards for the Timberwolves while PG D’Angelo Russell dished out 8 assists in the loss.

SG Anthony Edwards averaged 22.8 points per match to lead the scoring line for Minnesota while Towns pitched in a second team-high 22.0 PPG and 5.5 assists per outing. Center Rudy Gobert led his team in rebounding with an average of 13.9 boards per contest. The Timberwolves have six players with double-figure scoring and the Minnesota Timberwolves recorded 47.3% overall shooting and 33.1% from beyond the arc.