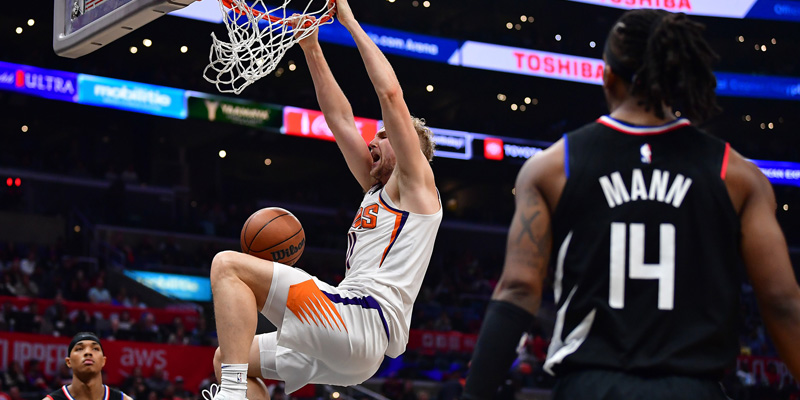 The Pacific Division will feature a showdown from Crypto.com Arena in Los Angeles, California on Thursday evening between the Phoenix Suns and LA Clippers. The squads collide for the second time this season when Phoenix beat LA 112-95 as a 1-point road fave last October 23. The Suns will be playing without Cameron Johnson who is still recovering from a knee injury, SG Devin Booker (hamstring), Center Deandre Ayton (ankle), SG Cameron Payne (foot), and Duane Washington Jr. (hip) are all questionable to play.

The Phoenix Suns are still leading at 16-12 in the Pacific Division and number five in the Western Conference. The Suns are on a five-game losing skid after a 97-111 loss to the Houston Rockets last Tuesday. Ayton and Payne left the game due to injuries, while Booker sat out his second straight game. The Suns were pacing from end to end, with 32.0% FG shooting, and 25.5% of their 3-pointers (13-for-51). PG Chris Paul made 16 points, seven assists, and six rebounds while SF Mikal Bridges notched 18 points on a lame 4-for-24 shooting from the field.

Meanwhile, the Los Angeles Clippers are on a nice run as they’ve won four of their past six games. They will be playing for the 4th win in a row after routing the under-manned T-Wolves in a 99-88 win last night. SF Kawhi Leonard led with 19 points and eight rebounds while SF Paul George tallied a triple-double of 17 points with 11 rebounds and 11 assists. The LA Clippers are 6th at 17-13 in the Western Conference and 2nd in the Pacific Division.

The LA Clippers are 6-4 in their last 10 matches of the season. SG Luke Kennard chipped in with 16 points off the bench, The Clippers shot just 38% from the field and 14 of 46 from the 3-point line. The team struggled to get going and managed just 38 points at the half. No panic at all and came back strong with 61 points in the second half to the winning end. The Clippers’ defense forced 17 turnovers on the T-Wolves while limiting them to just four of 22 from the 3-point area.

Phoenix Suns vs LA Clippers. The NBA pick for this game is the LA Clippers. The Clipps will still miss Norman Powell with a groin injury.  The Suns will have some key players on the sidelines in this contest. Booker and Ayton are not sure whether to suit up. The Clippers will likely be Wall-less and Powell-less once again. The Suns are exhausted and demoralized after getting routed by the lowly Rockets on Tuesday. The Clippers are playing without a day’s rest but looked good in last night’s win over the Timberwolves and I think they can take advantage of this struggling Suns squad predicted to a score of 116-108.